Instagram To Get Vine-Like Video Update Later This Week, According To Report

According to a new report, Instagram will be launching video sharing later on this week. Facebook is holding a big idea event on Thursday, June 20th, and with Facebook having been reportedly testing a Vine-esque feature for Instagram not so long ago, it would appear as though those plans are now being put into action.

Vine may only have just made its way to the Google Play Store by releasing a version for Android, but it already appears as though the service is in grave danger. Instagram is one of the most popular photo sharing services around, used by millions, and with a new video sharing feature likely to allow Instagramers to share 5-10 second clips, the future does look bleak for Vine.

Then again, not all of Facebook’s attempts to kill off start-up companies by implementing new features have been successful. The check-ins feature was a direct play for the market commanded by Foursquare, but despite the billion-strong Menlo Park social company having huffed and puffed, Foursquare remains the most popular application in this field.

With that said, Instagram is one of the hottest properties in mobile space, and with Vine still establishing itself, this move by Facebook could suck the lifeblood from what is a very nicely arranged app.

We’ll only know for sure after Facebook’s "big ideas" event concludes on Thursday, although one has to hope this isn’t the marquee feature of what is billed as a pretty significant event. 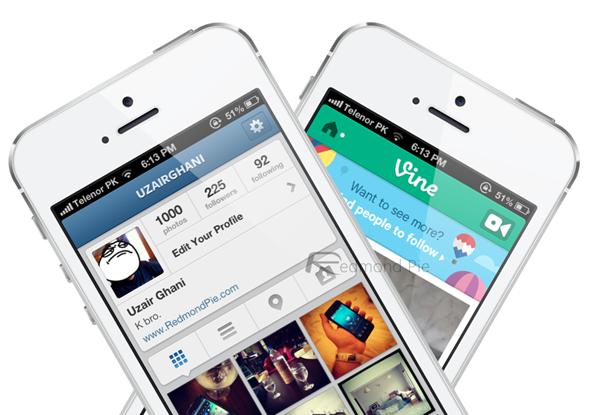 Mark Zuckerberg and his team have been very busy in mobile space during the past 12 months, an area in which the company was previously criticized for poor apps and a lack of monetization. The official Facebook app may now be up to scratch, as is the Facebook Messenger app, but with Facebook Home still a fairly unpolished potential gem, one hopes the company still has plans to bring in the improvements despite these new projects.

At any rate, a video update to the Instagram app would be very interesting indeed, and we’ll find out this coming Thursday whether the rumors are true or not. Even if we don’t get such an announcement this week, one suspects this kind of feature is coming, leaving Vine’s future hanging in the balance.

It’s recommended that you give Vine for Android a shot, it’s surely a polished app, and would be interesting to see how Instagram takes on Vine with its new features.