The Samsung Galaxy S5 and HTC One M8 may have given us a fairly exciting start to 2014’s major smartphone release schedule, but there’s still a great deal more to come, and in a follow up to last year’s impressive G2, LG Electronics looks to be pulling out all of the stops to impress consumers with its successor. From what we’ve heard up until now, it’s going to be a real humdinger, and according to the latest report on the handset, it might even be the first smartphone to pack laser autofocus.

OEMs are throwing in as much as they can by way of RAM, multi-core processors and impressive displays, but given the popularity of Instagram and selfies, it shouldn’t be too surprising to see more companies following Nokia’s lead and improving the point-and-shoot experience. The Galaxy S5’s camera has set the benchmark for this year, which is very surprising given how previous Galaxy devices always seemed to be lacking in this department. But native adversary LG is definitely gunning for this unofficial title, and if these laser autofocus claims are indeed true, then we could really be on the cusp of something special. 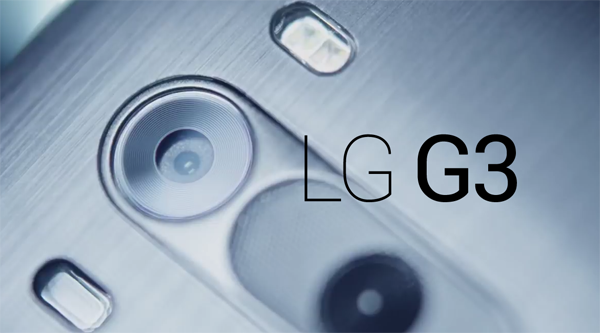 According to a report over at The Verge, the laser autofocus on the G3’s 13-megapixel camera will be able to detect depth of field – something HTC sought to achieve by placing two rear-facing cameras into the HTC One M8. Unfortunately for HTC, the tactic didn’t really work, with most agreed that the One M8’s shooter falls short compared with most competitors, but if LG’s optical system, which should offer enhanced autofocus speed, pays off, then wannabe photographers will have yet another solid smartphone camera to behold.

The front-facing camera, meanwhile, will reportedly be a 2.2-megapixel offering with some neat selfie features. Away from the camera, though, the device will supposedly pack a 5.5-inch QHD display with a resolution of 1440×2560, as well as a Snapdragon 805 SoC and 3 gigs of RAM. These specs are similar to what we’ve been hearing of other unannounced big-guns like the Galaxy Note 4 and the so-called "prime" variants of the Galaxy S5 and HTC One M8, so perceivably, in a couple of months’ time, the smartphone market will be awash with these morbidly overpowered handsets.

The LG will come first, though, and with a special event slated for Tuesday, we won’t have to wait too long for the official details.