Another leak out of China adds a tad more credibility to the notion of a 4.7-inch iPhone 6 by depicting what is claimed to be the backlight component that will sit behind the device’s display. Although, given that it has trickled into the wild via a social networking site, it cannot be verified, it ties in nicely with the consensus that we’ll be getting at least one larger iPhone later on this year, and you can check out the leaked photos after the jump.

This latest revelation arrives courtesy of Weibo, which has been a bit of a goldmine thus far in our quest to uncover more clues regarding the iPhone 6. On this occasion, one user has shared some photos of what he believes to be backlight component of the 4.7-inch iPhone 6 variant, and although it’s certainly plausible given the similarities between the depicted parts and those of the current-gen iPhones, it’s also not far-fetched to suggest that they may have been mocked up for the sake of fabricating evidence.

Nevertheless, with leaks aplenty but concrete evidence seemingly at a premium right now, we have to take what we can get in order to try and paint a picture of a handset that isn’t expected to release for four or more months.

From what we’ve managed to glean, Apple will release two iPhones 6 variants later on this year; one with a 4.7-inch display and a further, even larger model boasting a 5.5-inch panel. The pixel density of each device is also in line for a boost over the current flagship, with a 1704 x 960 resolution set to grace each, and although this would mean that the smaller device would offer more pixels per inch, it does makes app and UI optimization easier whilst also maintaining Apple’s arbitrary “Retina” standards with both. 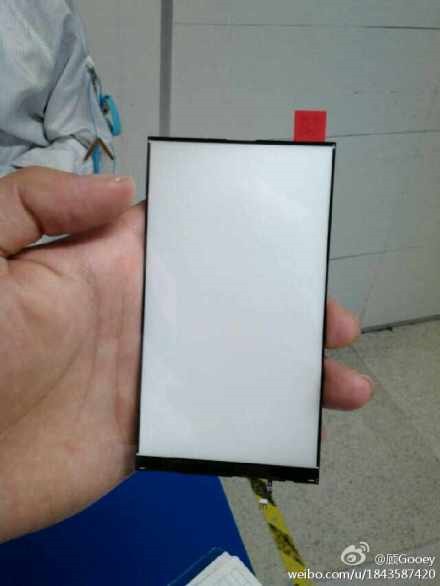 Aside from the displays, the iPhone 6 is set for a design overhaul in the image of the iPod touch / iPad Air, and with an improved processor, new iOS software and better camera being three features we can always count on, we’re more than just a tad excited at the prospect of what’s next out of Cupertino’s smartphone division.

As aforementioned, though, there’s still a long way to go, and if you want to be kept updated on all the latest leaks, revelations and analysis, stay tuned to our coverage here at Redmond Pie.