People may, rightly or wrongly, accuse the smartphone market of being a little on the stale side. Six years in since the market was turned upside down by Apple when the original iPhone was announced, it’s arguable that not a great deal has changed since then. Yes, we’ve got 4G handsets and yes, they’re blazingly fast when compared to the original iPhone and the HTC G1, but they essentially look the same and the form factor hasn’t changed a great deal either.

LG is hoping to change all that with the as-yet unannounced LG G Flex, a smartphone that is set to be made official some time next month, if reports are to be believed.

Packing a 6-inch display according to Engadget‘s sources, the phone’s big claim to fame is the fact that the screen itself is concave. While this news comes on the heels of Samsung’s Galaxy Round smartphone, LG’s version is unique in that it curves from top to bottom, rather than the side to side curve that the Round opts for. Quite how either will feel in the hand is something we’re a little dubious about, no matter how good an idea both may seem on paper. 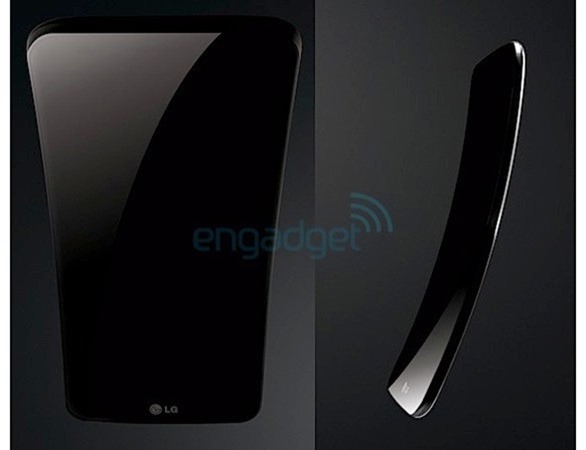 If the renders are anything to go by though, there’s little doubt that the G Flex will be a good looking smartphone. At 6-inches, it’s far from small too, which means that the curve will be easily noticeable from, say, the space station. Or Mars.

Other concrete information about the G Flex is sketchy, but it’s certainly a handset that we’ll be keeping our eyes on, which isn’t something we say all that often about something with the LG logo on it these days. That much anticipated Nexus 5 probably won’t have an LG logo on it, remember.

If the sources are correct then it should only be a matter of weeks before LG makes the G Flex all nice and official, and if smartphone launches of recent months are anything to go by, we’ll see plenty of leaks between now and then.

Do you think the smartphone industry is getting a bit absurd with these sort of designs? Or do you think curved displays will pave the way for more innovation?