Privacy is something that is very much the hot button topic on the Internet of late, and location privacy is possibly one of the biggest things that people are most concerned about. In a world where everything can track us in one way or another, people always feel like they’re winning the battle if they can maintain a little bit of privacy.

The biggest perceived loss of privacy comes from our smartphones. Every modern smartphone comes with an array of sensors and radios that can keep tabs on our location from time to time, and often we’re thankful for that. It means that our phones can tell us when we’re near interesting locations for example, or warn us when our daily commute is going to take longer than usual so that we can make alternate arrangements. It’s a truly useful thing, but often people just don’t like the idea of their phone keeping tabs on them. Apple’s iOS 7 now pays more attention to our locations than previous versions of iOS, and that’s caused something of a stir among the masses. 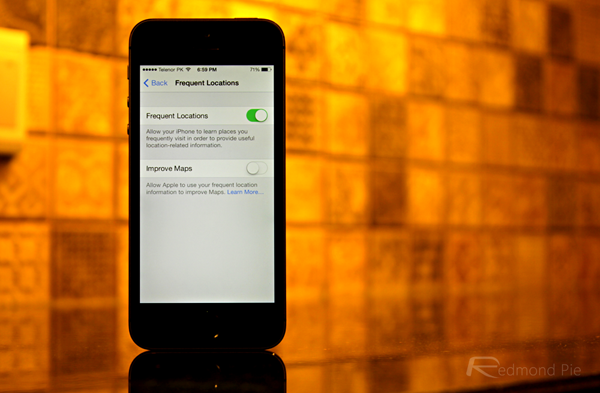 Using location data in order to tell us how long it takes to get to commonly visited locations in its newly redesigned Notification Center, iOS 7 makes it clear that it’s been keeping an eye on where we visit the most often. If that creeps you out to some extent, then it’s easy enough to turn it off. 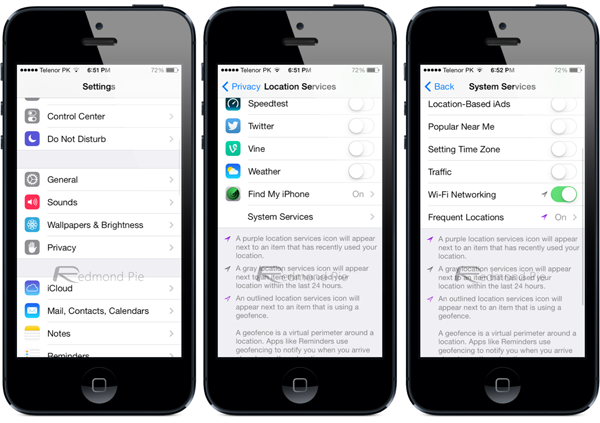 If you feel safer because of turning this setting off, then more power to you. We’re not of the opinion that our location is all that interesting to Apple other than to offer cool services though, so we’ll be leaving that on. For now, at least.

But keep in mind: turning this setting off will also conserve your battery.