It’s not the first time that it has happened, but that doesn’t make it any less humorous when a celebrity’s smartphone endorsement backfires. After all, we all like it when giants fall, do we not?

The latest celebrity to fall foul of their paid-for endorsements is basketball superstar LeBron James, who’s known for his affiliation with Samsung and its Galaxy Note smartphones. After all, that’s the handset he carries around with him. But it’s a relationship without its foibles.

Take today as a good example after James took to his Twitter account to tell his 12 million followers of his unfortunate smartphone-related turn of events. 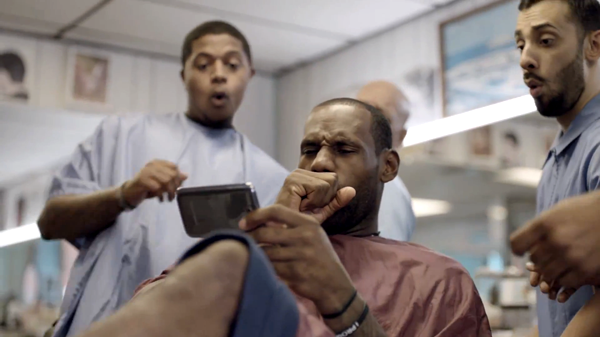 According to his tweet, which has now been taken offline:

“My phone just erased everything it had in it and rebooted. One of the sickest feelings I’ve ever had in my life!!!” 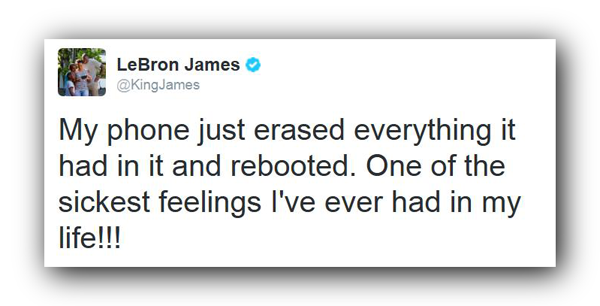 Unfortunately, it seems that James forgot that Samsung pays him to use that very phone and, understandably, the company probably wouldn’t take too kindly to having its dirty laundry aired in public. James has since pulled the tweet, but not before it got a good number of retweets and was immortalized in screenshot form by just about everyone that saw it. Whoopise.

But that’s not where the fun ends; HTC’s USA arm made good use of this situation and tweeted this Internet winning gem out: 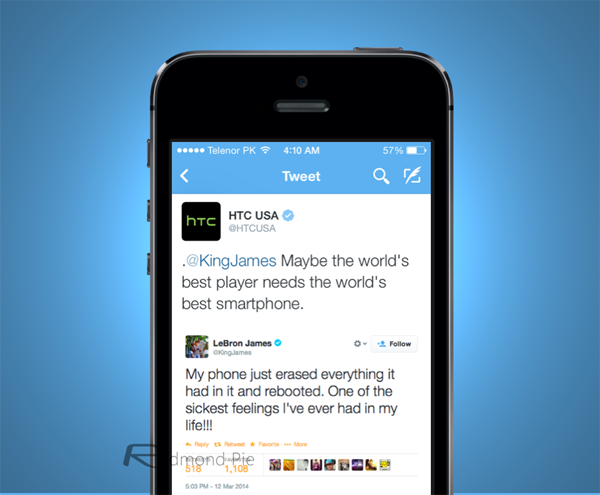 Of course, having a phone destroy all of your date is no laughing matter, which is why Apple offers free wireless backups via iCloud. Unfortunately it’s not quite so easy with Android smartphones, with third-party apps the order of the day – often for a fee. There’s no saying whether James had something configured for his Samsung device, but we’re going to guess not given the tweet. Which is a shame, really.

Here’s hoping that, for his sake at least, Samsung somehow misses the whole debacle. Or his management team can smooth it over!

Which may or may not be true!