It’s going to be a big few weeks and months for the smartphone market, and not just because Apple’s tenth anniversary iPhone is on the horizon.

Samsung too has been hard at work, and while the Galaxy Note 8 is not expected to be announced until late August, there is another phone that it has up its sleeve. 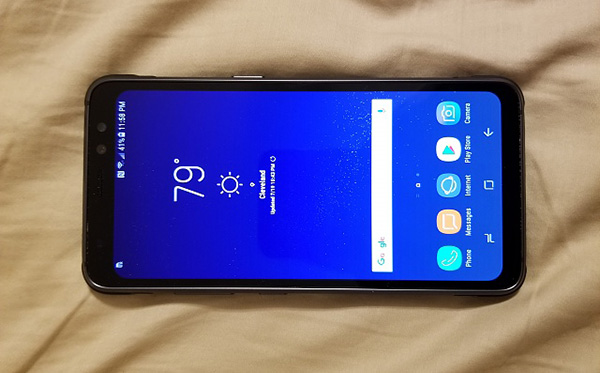 It may not be the most exciting as far as mass market appeal is concerned, but for some people, it is an important release. We are, of course, talking about the Galaxy S8 Active, and new photos as well as a video have appeared that claim to show us the device in all its ruggedized glory. The video was deleted shortly after it was shared, but it seems someone was able to save and reupload it.

The Galaxy Active line tends to be a more durable version of whatever the current flagship Galaxy S device is. So, last year we had the Galaxy S7 Active and this year, predictably enough, we look to have the Galaxy S8 Active on the way. That’s a good thing, because the Galaxy S8 is a hell of a smartphone, so the thought of one being built like a tank is a pleasing one, especially if you work in a field where a phone can get bashed about a bit or, like some of us, you just happen to be particularly clumsy.

The device shown in the photos does certainly look like it could be legit, although we will have to wait and see to be sure. Of note is the flat screen rather than a curved one like the Galaxy S8 and Galaxy S8+ devices, presumably to make the device less prone to a broken screen. 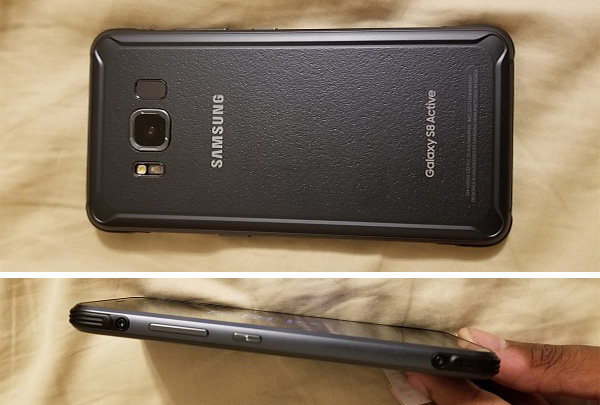 Samsung has not confirmed when the new Active device will be announced, but we do not expect it to be too far from doing just that. We’ll keep our eyes peeled for more information should it arrive.