We’re starting to get to that time where iPhone leaks start to pop up, and the 2019 iPhone is now less than six months away from launch. The latest leak comes from Chinese social media site Weibo, and is claimed to be part of an iPhone chassis.

The image, which was spotted and shared by Ben Geskin on Twitter, fits well with previous rumors and renders of what the next iPhone will look like.

We’ve already seen a similar piece after one appeared on Slashleaks last week, and we’ve been hearing rumors of a new camera configuration since almost a year ago. Those rumors include well known leaks and even the king of Apple analysts Ming-Chi Kuo, so it’s difficult to believe that there isn’t something to it.

That doesn’t necessarily mean that this new photo is actually of a piece that will eventually make its way into a 2019 iPhone. That said, we would expect parts to start to leak online soon enough, and if iPhones are being made even in small quantities, leaks are inevitable despite Apple’s hopes to the contrary. 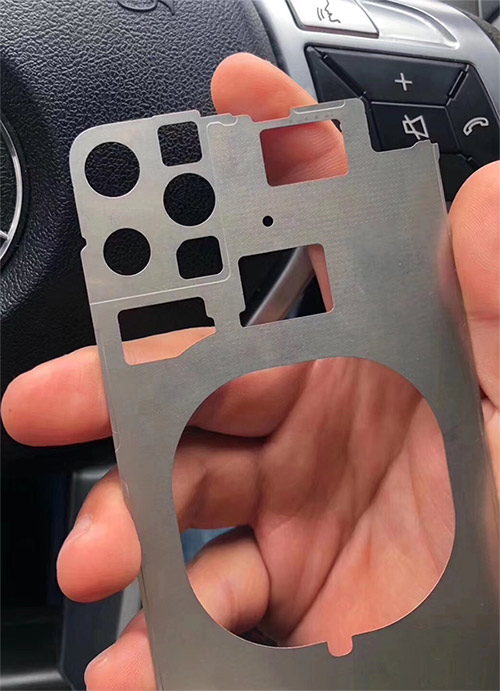 If a new triple lens array is indeed part of the new iPhone, we can expect those lenses to include standard, wide angle, and telephoto options akin to those that are already included on phones from various Android manufacturers.