We’re now starting to edge into the period of time where iPhone rumors start to come to the fore. With WWDC just a couple of months away and an iPhone announcement expected in September, people are starting to share information on what the new iPhones will bring to the table.

The latest example of that is what Twitter account laobaiTD claims are schematics for the “New XR.”

Apple is roundly expected to launch an updated iPhone XR with a dual camera system alongside a pair of iPhone 11 handsets with as many as three cameras. These schematics are said to be for the updated iPhone XR, although the fact they appear to show a three camera setup would suggest that they are actually for the iPhone 11.

The twitter account that made these schematics available has previously been accurate, but these images more closely match previous renders that were made available by reliable leaker OnLeaks. Those renders were for a claimed iPhone 11, and those same three cameras are present. It’s possible that this new leak is legit, but that the leaker simply has the wrong iPhone in mind.

The image itself shows not only the rear panel of an iPhone but also the SIM tray and other associated parts, including a Lightning port. With September a few months away we’d expect to start to hear more concrete rumors closer to the time, but for now this is the best we have to go on. 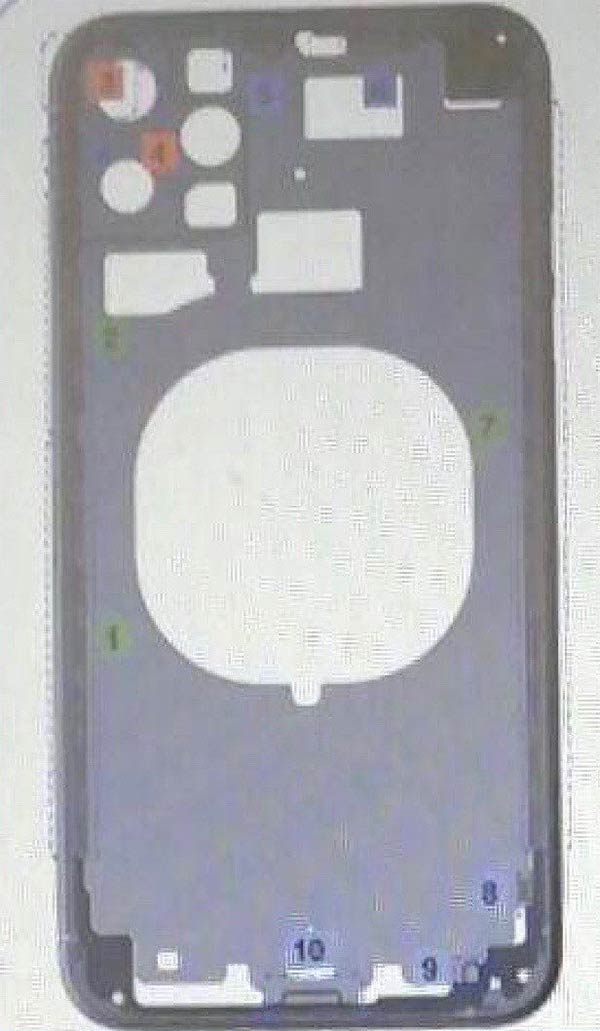 If previous form is to be followed, we expect an iPhone XR, iPhone 11, and iPhone 11 Max to launch in late September 2019.