It doesn’t feel like it was that long ago when Apple officially introduced its current range of iPhones to the world, making the iPhone 6s and iPhone 6s Plus the two new flagship devices. The time has most definitely flown by, and given the fact that the intensity and frequency of rumors pertaining to the iPhone 7 are ramping up, it can only mean one thing; that Apple’s next-generation devices are just around the corner.

The design of iPhone 7 has pretty much been debated to death, meaning we know exactly what to expect, but just what range of colors will it be offered in? 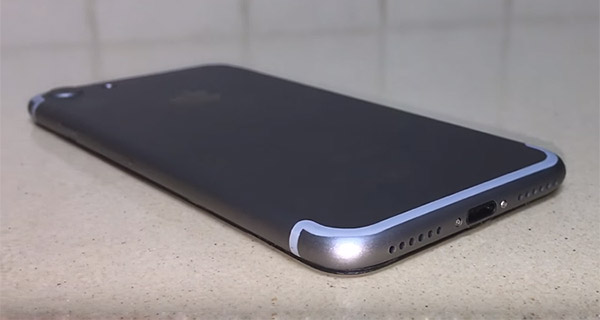 The majority of the speculation and leaks that we are seeing about the iPhone 7 are all starting to agree on not only the physical design of the two devices, but also the features and technical specifications that they will ship with. We know that we can look forward to an evolutionary device that builds on the current iPhone 6s range, but what we haven’t got exact clarity on is whether or not Apple will ship the device with new color options that extend beyond the current four available with the iPhone 6s range.

There’s no “real” evidence to suggest that Apple will deviate away from the Silver, Gold, Rose Gold and Space Gray options that are currently pushed out to consumers globally. What we have been seeing sporadically is mostly concept renders and suggestions that the Cupertino-based company could be planning on introducing a new Deep Blue option, or a potential Space Black variant that could attempt to mimic the visual appeal of the Apple Watch.

Those rumors may have died down recently, but ConceptsiPhone has posted a supposedly leaked video of iPhone 7 claiming to show the possible Space Black model side-by-side with Gold and Rose Gold models.

In all honesty, the video quality is pretty poor, which makes it difficult to tell whether it really is a Space Black option, or just a different, albeit darker, variant of Space Gray. We therefore suggest you take this one with a pinch of salt for now.