Leaked Photos Claim To Show iPhone 7, 7 Plus, 7 Pro Front And Back

We can’t go a day or two at the most without someone claiming to have images, or even dummy models the next iPhone – the iPhone 7.

With an iPhone 7 and iPhone 7 Plus to announce this coming September, all eyes are on whether that will be all Apple has on its radar, with one rumor that won’t go away having Apple on the verge of announcing an iPhone 7 Pro to go along with the standard and Plus models. While it’s still difficult to be sure about the accuracy of those claims, new photos appear to show all three iPhone 7 models in one place.

As previously claimed, these new images show an iPhone 7 and iPhone 7 Plus in the same dimensions that the current iPhone 6s duo packs, meaning a 4.7-inch iPhone 7 and 5.5-inch iPhone 7 Plus. What the image shows, however, is a dummy model of what is being dubbed iPhone 7 Pro thanks to its improved camera – dual-lens cameras will be used, actually – although the screen size is believed to be the same 5.5 inches that owners of the “Plus” iPhone variant are so sure about these days.

This leak comes courtesy of French site Nowhereelse.fr, with some of the previous leaks and announcements that have come out of the site over the years proving accurate while others have not.

If the iPhone 7 Pro is indeed going to look anything like this dummy model, this will be the first time an iPhone has rocked the iPad Pro’s Smart Connector. 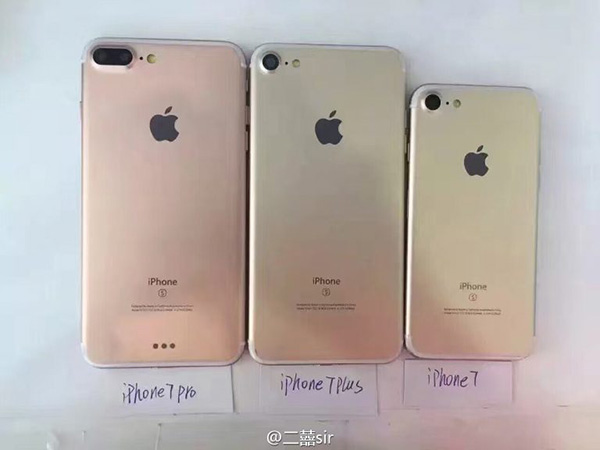 At this point, it is important to point out the S logo on the back of all three dummies in the photo, which understandably has many wondering when this leak is actually from and what devices it happens to show. Could these be early dummy models for the iPhone 7s? We just don’t know, but with a couple of months left before we find out, we’re pretty fine with that. 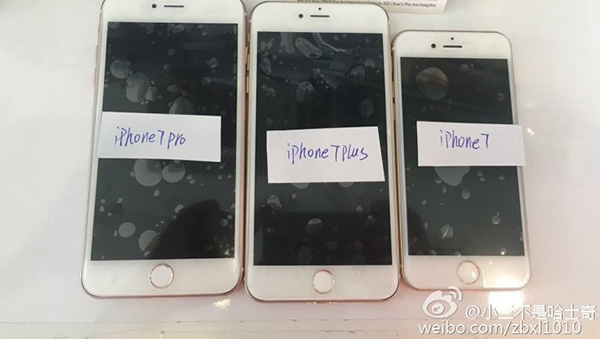