Rumors of Apple’s intention to launch a foldable iPhone at some point in the future make tons of sense and it would be a surprise if there haven’t already been foldable iPhone prototypes around Apple Park.

A new patent might have given us a glimpse at what such an iPhone could offer, too, with a display area specifically designed to house notifications when the device is in the closed position.

According to the new patent, the display would protrude at one edge even when the iPhone was closed, allowing people to see notifications and whatnot.

Importantly, the patent also notes that such a screen would also be touch-capable, allowing users to interact with their notifications without the need to open the iPhone up. 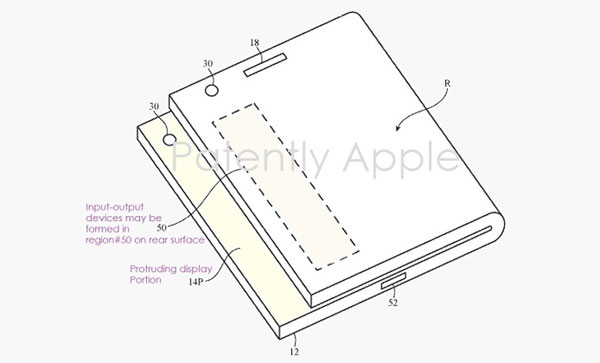 Dealing with notifications while a foldable phone is closed has been an issue for other devices in the past and it’s a potential issue that Apple would no doubt want to fix before launching its own folding iPhone. There’s no guarantee that this patent will result in a product at all, however. Apple patents everything its engineers think of and this might simply be another example of that.

Let’s hope not though!