The ongoing cat-and-mouse battle between Apple and the jailbreak scene took a huge swing in favor of the latter on Monday, with the release of the Evasi0n jailbreak tool. Not only did it offer a solution for every iOS device on the market, the jailbreak was also untethered in nature, meaning once the jailbreak was applied, users could enjoy an uninterrupted experience. With the release of iOS 6.1.1 beta 1 for developers, it was presumed Apple had – as it tends to do with all jailbreaks – patched the hole allowing for the userland exploit and subsequent jailbreak, but in short, they haven’t, though they will likely patch it in the next beta or at least before iOS 6.1.1 is public.

If you are on iOS 6.1, it is highly recommended you stay there, because a) it is a public release and b) Evasi0n is officially supported on all iOS devices by Evad3rs till 6.1 only, for now anyway. You can follow our step by step tutorial to jailbreak iOS 6.1 untethered on any iOS device if you haven’t already.

iOS 6.1.1 is currently in beta stage, and is of course developer only. It’s not as though anybody would have upgraded by accident, but those Cydia devs looking to test jailbreak tweaks on this initial release of iOS 6.1.1 can now do so by jailbreaking their device on 6.1.1 using the method posted below. It is compatible with A4 powered devices (iPhone 4, 3GS, iPod touch 4) only.

As usual, we’ve got the full how-to tutorial. The system involves using Redsn0w to perform a tethered jailbreak, and then changing iOS version number in SystemVersion.plist to trick Cydia’s iOS 6+ untether files to offer an unmanned break on 6.1.1.

What you will need:

Step 1: Connect your A4-powered iOS device to your computer.

Step 2: Open Redsn0w, point it to the iOS 6.0 IPSW by going to ‘Extras’ and then selecting ‘Select IPSW’, and then hit ‘Jailbreak’ from the main window. 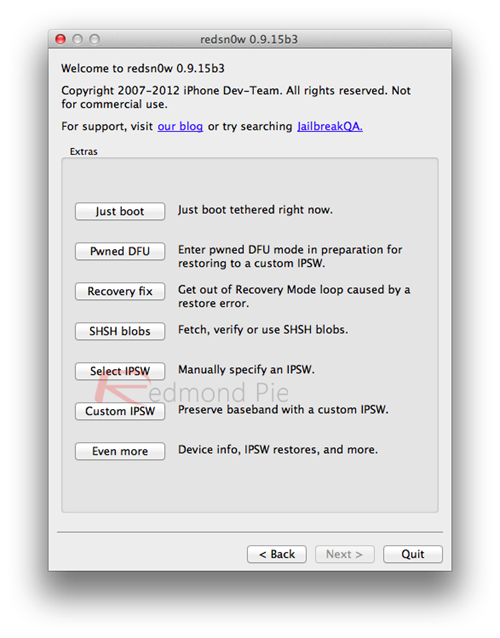 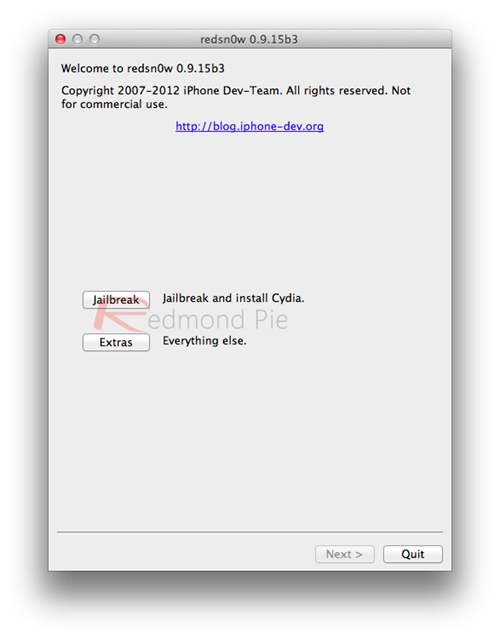 Step 3: Once the process is complete, select the iOS 6.0 IPSW once more, and select ‘Just Boot’. Your iOS device is now jailbroken tethered and booted up on iOS 6.1.1 beta 1.

Step 4: If you haven’t already, install OpenSSH and iFile from Cydia, and navigate to System/Library/CoreServices. 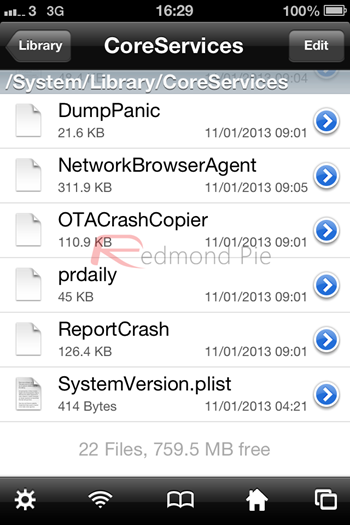 Step 5: Scroll down to the bottom, tap on SystemVersion.plist, and open with text viewer.

Step 6: In the .plist, look at the information at the bottom of the page in between the <string> </string> tags. It should say ‘6.1.1’. You’ll want to tap the Edit button in the top left-hand corner, and change that string to ‘6.1’. Then, click Save, located in the top right-hand corner. 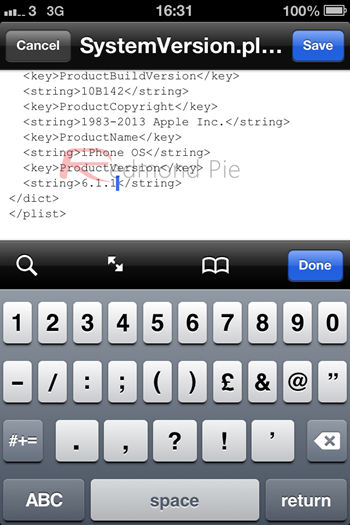 Step 7: Navigate to Cydia, locate evasi0n 6.0-6.1 Untether, and install it. After a reboot, you’ll be untethered on iOS 6.1.1 beta 1. Alternatively, you can also install the untether manually using Evasi0n’s .deb file in iFile. 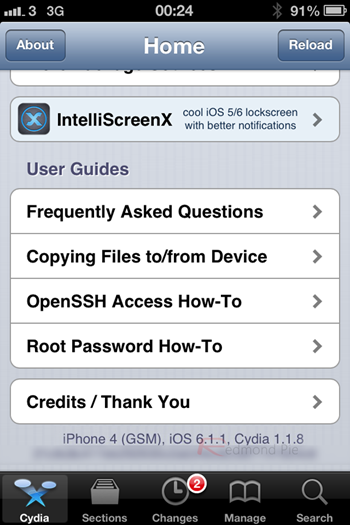 Again, it is important to note that further down the line of iOS 6.1.1 betas, Apple will undoubtedly call time on the Evasi0n exploit. Such was the timing of the jailbreak release, Apple would have had little time, if any, to source and prevent the exploit. But considering how robust the security system appears to have been – the jailbreak did take almost five months this time around, after all – Apple will once again be looking to make it as difficult as possible for the likes of the Evad3rs team to infiltrate.