Apple has provided MacBook and iMac owners with a slew of software updates in addition to the release of macOS Sierra.

With macOS Sierra now offering immediate availability via the Mac App Store, Apple has also issued updates for its Numbers, Pages and Keynote apps, introducing a heap of new features and improvements, including the real-time collaboration capabilities that were introduced as part of the company’s September 7th media event earlier this month. 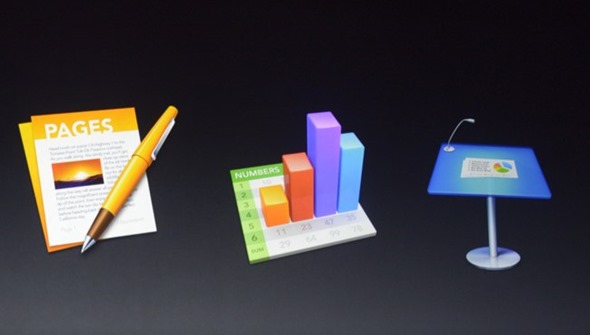 The real talking point of this latest set of updates to Apple’s popular productivity apps is the introduction of real-time collaboration that allows multiple users to edit and add to documents at the same time. The existence of this feature was first introduced during Apple’s iPhone 7 event earlier this month, and was revealed in the first instance in the iOS apps for iPhone and iPad of the same name.

The feature, which is currently being offered in a beta format to app users, allows multiple participants across iPhone, iPad, Mac and iCloud.com to edit a single document at the same time. Some may feel that this feature finally brings Apple’s iWork suite in line with the likes of Google Drive, but for those who regularly use Numbers, Keynote and Pages in a business 0r sharing environment, it’s most definitely a huge step forward for the apps.

In addition to the real-time collaboration, Apple’s Pages has also gained features such as the ability to share a document publicly or with very specific individuals, as well as the ability to open and edit Pages 05′ documents. As part of the macOS Sierra integration, the three productivity apps have also gained the ability to use tabs to work with multiple documents in one window.

The updates to Numbers, Pages and Keynote are rolling out globally as we speak alongside the introduction of macOS Sierra, which is the latest major version of Apple’s desktop platform. Apple’s update, which involves renaming OS X to macOS, introduces some great new features such as Auto Unlock, Siri for Mac, and even a universal clipboard that allows information to be copied and pasted across various device types, among other things. There’s also system-wide support for tabs, which the latest Pages, Keynote and Numbers apps take advantage of, meaning that multiple documents can be used in one window.

You can download the updates from the Mac App Store right now.