Apple’s newly released and much needed update to the iPod touch has seen the much maligned music and baby iPhone receive a new lease of life, once again making it a viable alternative for those that don’t want a cellular plan but like the idea of using iOS on something smaller than an iPad. We’re not sure why it’s taken Apple so long to get an update out the door, but now it’s here the iPod touch is worth consideration once again.

With that consideration inevitably comes comparison, not just with the iPod touch that came before it, but also the current flagship iPhone, the iPhone 6. Here we take a look at all three devices, comparing them across a range of features and specifications so you can see just how improved the new iPod touch 6 is compared to the old one and, importantly, how it compares with the iPhone 6 as well. 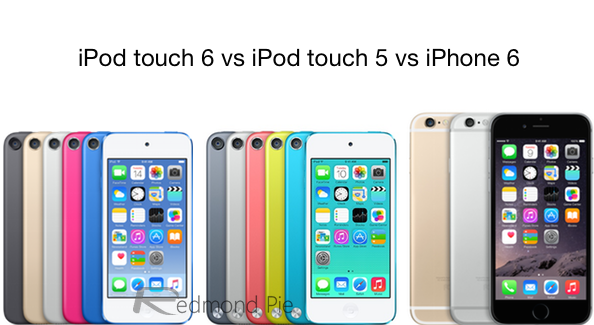 Covering the dimensions of the device, its weight and screen size, the comparison also covers less tangible differences such as CPU speed and the amount of RAM the devices carry.