Those of you who thought that 4th-gen iPod touch is just the iPhone 4 without the ‘phone’ are in for a yet another disappointment. iFixit Teardown of iPod touch 4G has revealed that it only has 256MB of RAM like iPhone 3GS and iPod touch 3G, unlike the iPhone 4 which features 512MB of RAM. Teardown also reveals that the battery of the new iPod touch also pales in comparison to iPhone 4. iPod touch features 3.44 W/Hour battery while the iPhone 4 has 5.25 W/Hour. 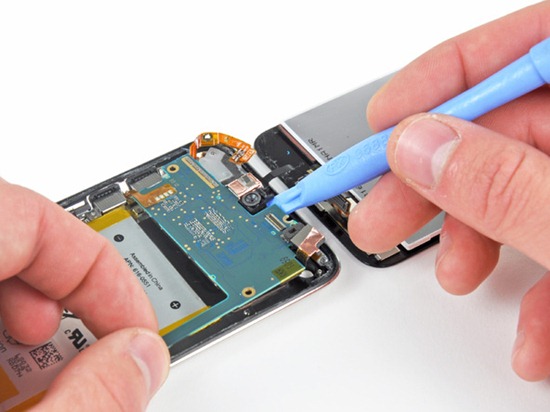 So to sum it up, no IPS display, no GPS, 0.7 megapixel camera for still photos, 256MB of RAM, smaller battery, and no phone calling makes the 4th-gen iPod touch more of a crippled version of iPhone 4 than contract-less iPhone 4 without ‘phone’ which Jobs’ and Co. claimed it to be.

You can check out the complete teardown of iPod touch 4G on iFixit site here.

Let us know what you think about this in the comments section below.