The iPhone OS 4 Beta 3 has been rolled out to developers and interestingly it resolves lots of bugs over any of the previous Beta releases of OS 4. Apart from the usual bug fixes and API improvements, following features are noticeably new in this release. 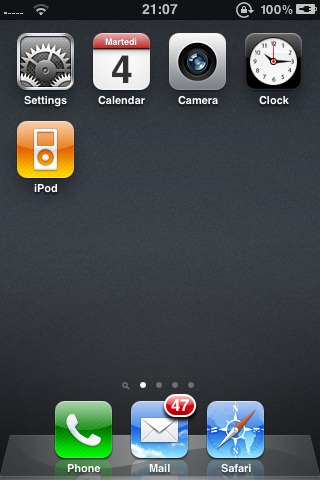 Yes, it is back now! It went on a vacation in Beta 2. Now you can take screenshots of any screen regardless of which screen you are on. It is still not known as to why did it disappeared in Beta 2 release.

We’ve seen this one on the iPad but it was a hardware controlled orientation lock, and now it has landed on the iPhone as well. Just tap the Orientation Lock icon and your screen will remain in that position regardless of how much you toss your iPhone around.

And secondly the iPod controls. Instead of jumping into the iPod app or going to the lock screen, you can now Play/Pause or change tracks right from the drawer at any time. You don’t have to exit your running app to change songs.

“-“ button to close running apps in the background now appears on all apps in the multitasking tray.

A new menu has been added under Apps tab of iPhone when it is connected to iTunes which enables moving files from computer to iPhone for specific apps.

These are some of the most major additions to the iPhone OS Beta 3. We’ll keep you updated as we find more features and improvements. Stay tuned ! [Images via MacStories]