iPhone Jailbreak Developer MuscleNerd Visits Apple Headquarters In Cupertino, Has He Been Hired, Too? [PHOTO] 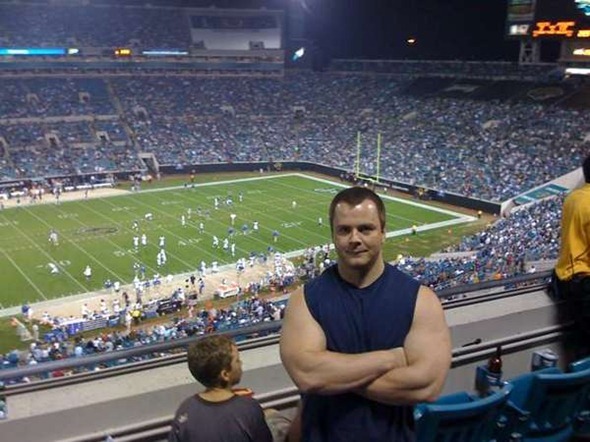 The news comes from MuscleNerd himself who uploaded a photo on his Twitter account. The photo shows MuscleNerd wearing a shirt which says, “I visited the Apple campus. But that’s all I’m allowed to say.” along with a nametag which has the Apple logo on it along with the name “Muscle Nerd”.

MuscleNerd tweeted the following near Cupertino:

Well this afternoon sure was fun…(what a great company!) …

If you’ve been following the news lately, you’ll know companies like Samsung, Apple and Facebook have been picking up and hiring high-profile hackers from the Android and iOS hacking community. 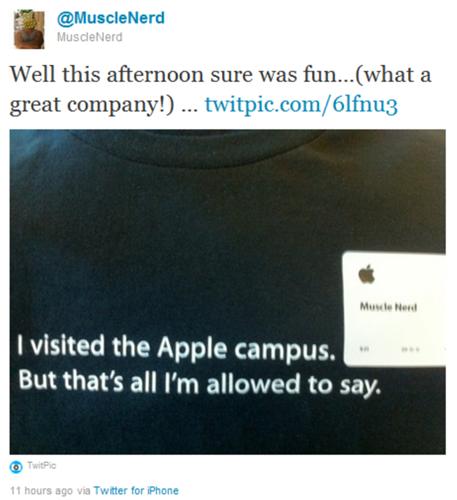 One, then, really can’t help imagining as this being an indication of MuscleNerd being hired by Apple. MuscleNerd, after all, has been causing Apple trouble for a long, long time; he is a part of the iPhone Dev Team which is responsible for popular jailbreaking tools like Redsn0w and PwnageTool. By hiring MuscleNerd, Apple will be able to ‘fight’ jailbreaking even better.

We wish all the best to MuscleNerd. Whether he has actually been hired by Apple, or if this was just a casual visit, only time will tell.