Thanks to multiple leaks and reports we are pretty much clued up on most of what we can expect from iPhone 8 when Apple introduces it later this year. With that said, one area that continues to allude confirmation is how Apple will implement Touch ID into the hardware.

A new report from Economic Daily News looks to finally shed some light on that with the prediction that users will be able to use Touch ID directly on the new OLED panel of iPhone 8. 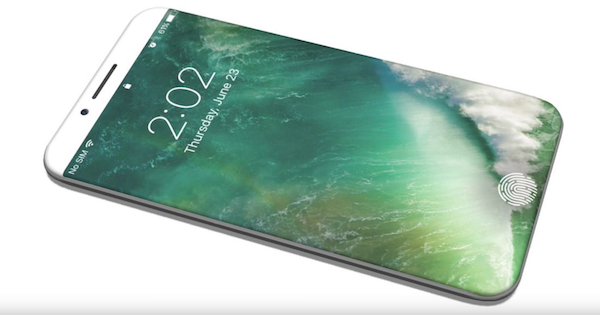 It’s already been agreed by multiple sources and analysts that Apple will make multiple changes to the display on iPhone 8 over previous versions. One of those changes is embedding a system that ensures that the use of Touch ID isn’t too dissimilar to what users already have on other iOS devices which support that level of functionality. The system would essentially allow a finger to be placed on the display and have the print scanned as usual. iOS would then choose what to do with that authentication.

If accurate, the report not only lays to rest rumors that iPhone 8 would ship with a Touch ID experience on the rear of the device like many Android handsets but also confirms that Apple has chosen to go with what many feels is the most elegant and user-friendly route.

It’s also being floated that Apple will take the opportunity to start the beginnings of its AR/VR push by integrating “invisible” infrared sensors into the display capable of assisting with the unlocking of advanced camera features. We’ve seen a lot of other companies starting to seriously look at embracing augmented reality, and it now appears to be Apple’s turn to play its hand in that field.

The information contained in the report is said to come from sources within The Taiwanese Semi Conductor Company, so it could be extremely accurate and representative of what we can expect later in the year. When iPhone 8 does drop we are expecting a piece of kit that is almost an entire overhaul from what we currently have, both in terms of design and what the hardware is capable of from a feature perspective.

With iPhone 8 set to drop this fall, we don’t have long to wait.