Apple’s unannounced but likely upcoming iPhone 8 is expected to bring the fire when it is announced later this year, but iPhone fans are also expected to have to pay a pretty penny in order to get their hands on one.

Some rumors have prices of around $1000 on the cards, and Goldman Sachs analyst Simona Jankowski has also weighed in on the subject.

According to Jankowski, she expects the heavily and highly anticipated high-end iPhone to be offered in 128GB and 256GB storage capacities for $999 and $1,099 respectively. That’s far from cheap, but given some of the expected features, you will likely get quite the smartphone in return. It’s also worth noting that Jankowski does not expect a 32GB iPhone 8 to be available, unlike previous releases.

Relative to the 128GB iPhone 7 Plus, we estimate the new features and higher commodity prices to increase the bill of materials by over $70, which we expect Apple to offset via a $130 price increase, resulting in a starting price of $999 for the 128GB capacity and $1,099 for the 256GB capacity (we don’t expect the iPhone 8 to come in 32GB)

Even the most expensive iPhone currently available, the iPhone 7 Plus with 256GB of storage, cannot match these kinds of numbers. That phone is available at retail for $969 in the United States. 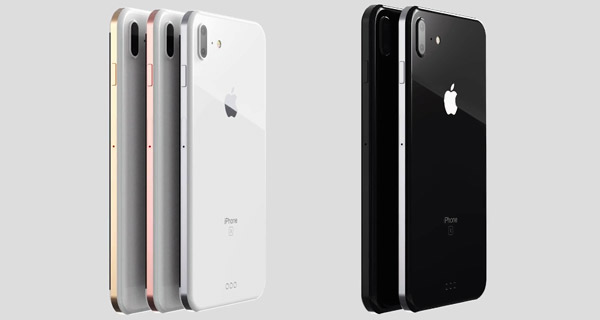 While UBS analyst Steven Milunovich shared different numbers last month – 64GB and 256GB storage capacities for $850-$900 and $950-$1,000 respectively – one thing is clear at this point: the iPhone 8 is going to be an expensive smartphone to buy whichever way you slice it.

Apple is expected to announce the iPhone 8 later this year, probably September, alongside a potential lower-end iPhone that will not carry the same features or look as the more expensive option. With the iPhone’s tenth anniversary to be celebrated this year, all eyes are on Apple to see what the 2017 iPhone lineup will look like.