If the initial estimations and best guesses are accurate then we could only be a maximum of a couple of weeks away from Apple issuing invites for its early September 2017 iPhone announcement.

As part of the run up to Apple’s announcement next month, we have been privy to almost continual leaks and analysis of the upcoming iPhone 8. At this stage, thanks to the continued leaks, we pretty much know everything that there is to know about it, save for a couple of total curve balls which Apple may throw into the mix next month.

A new leak now for a change has exposed what could possibly be a logic board and official display assembly belonging to Apple’s iPhone 7s range. The purported iPhone 7s logic board has made its way into the public domain by Benjamin Gaskin, captioned with “looks like Apple A11 chip inside”, referencing the fact that Apple’s next-generation iPhones will be powered by a new A11 chipset.

That chip is expected to introduce noticeable and significant improvements thanks to the manufacturing techniques utilized by Taiwan Semiconductor Manufacturing Company (TSMC). 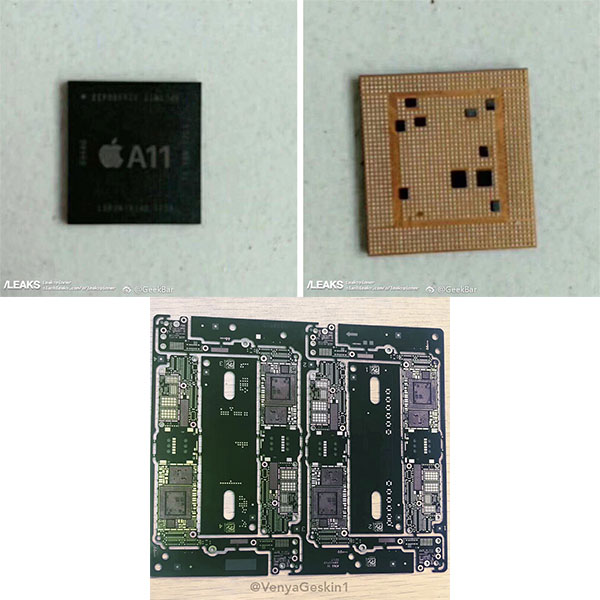 At the same time, a relatively clear and high-quality image showing a complete display assembly said to be from iPhone 7s has also made its way into the public domain thanks to Slashleaks who picked it up from Kdeep on Weibo. The image shows everything that we would expect to see from a completed module of this nature and reaffirms the belief that iPhone 7s will keep the same form factor as Apple’s current flagship, iPhone 7. The main improvements in that device are said to be from a performance aspect and will be driven by the integration of the aforementioned A11 chip, alongside all glass front and back instead of aluminum to support wireless charging. 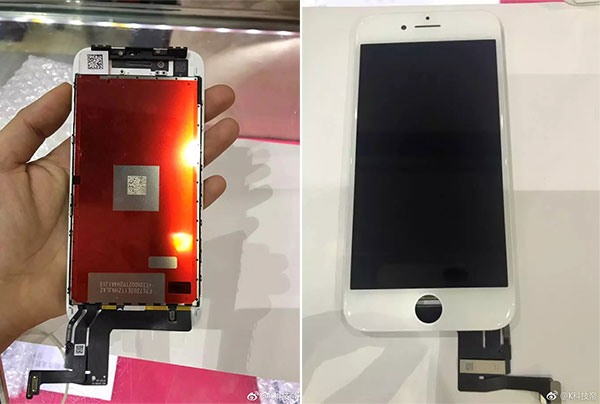 The images don’t exactly give us a full insight into the iPhone 7s, and in all honesty, don’t actually show us or teach us anything that we didn’t already know, but it’s still important to get a glimpse of what could be official components from that particular device range.