At this point, Apple must be wondering whether it will ever release a new iPhone without some sort of mass hysteria surrounding either the handset itself or one of the components that resides within it. We had the infamous problem where some people couldn’t make phone calls because of the iPhone 4’s new antenna and more recently, the iPhone 6 and iPhone 6 Plus were susceptible to bending – if you really tried to bend them, that is.

Now it looks like the problem the iPhone 6s and iPhone 6s Plus are going to face surrounds Apple’s decision to use not one, but two manufacturers for its in-house designed A9 CPU. Beating at the heart of every new iPhone 6s and iPhone 6s Plus is Apple’s new chip, but it’s actually made by either Samsung or TSMC depending on which you happen to land. That in itself isn’t all that remarkable, but as YouTubers have taken to comparing the chips against one another, it is becoming clear that one performs better than the other, particularly when it comes to battery statistics. 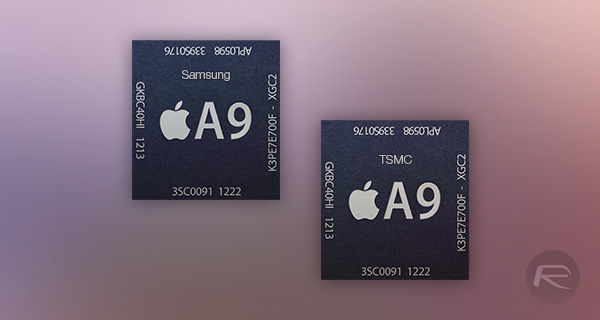 One YouTuber got his hands on two iPhones, one with each type of A9 and set about comparing how long they would last when performing CPU-intensive tasks. According to his results, the TSMC iPhone 6s lasted between 5% and 12% longer than an iPhone 6s with a Samsung part.

Interestingly, the Samsung chip seemed to be offering slightly better performance in an iMovie export test compared to its TSMC counterpart, completing the task 4 seconds before the latter while Geekbench 3 performance tests indicated the opposite. What this means is users shouldn’t experience much of a speed difference between the two in real-world scenarios. You can watch the video below:

When the tasks are less intensive, say playing a YouTube video, the difference is smaller. As noted by another YouTuber, that situation yields just a 1% advantage for the TSMC chip when compared to Samsung’s. Not exactly a huge difference and certainly within the realms of reasonable variation. 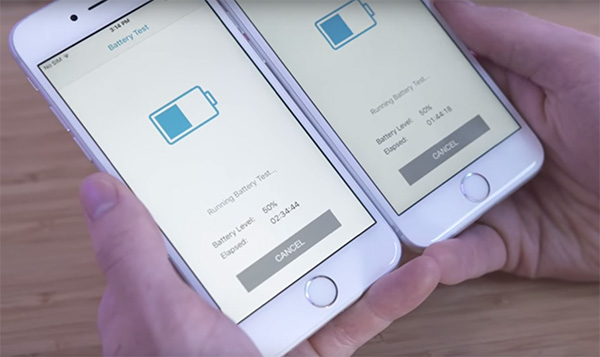 For more on this, check out the video embedded below:

At this point, we’re not ready to call this “Chipgate,” but we’re sure plenty of people will turn this situation into some sort of huge PR nightmare for Apple. However, with the new iPhones proving to be extremely fast and featuring new features like 3D Touch, we doubt too many people will be fretting over who has actually made the A9 chip inside their phone, or will they?