iPhone 6s / 6s Plus Shipped With 2 Different A9 Chips, This App Tells You Which Variant Is In Your Phone

When Apple announced the iPhone 6s and iPhone 6s Plus, it told us that the phones feature the new Apple-designed A9 CPU, bringing some impressive performance statistics to the table. What we didn’t knew was that the chip will be manufactured by two different vendors this time, with both TSMC and Samsung producing this part for the new iPhones.

Of the two chips, the Samsung part is actually slightly smaller than its TSMC counterpart thanks to being built with 14nm architecture rather than 16nm. The reason for that isn’t known as yet. While we may have expected the smaller chip to be built for the smaller iPhone 6s, it appears that isn’t quite the case. 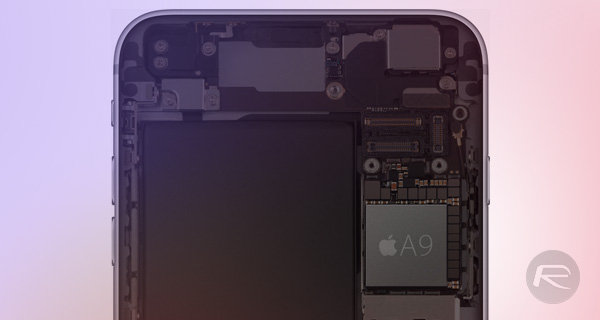 Developer Hiraku Wang created a free app called CPU Identifier that is capable of checking exactly which chip is being used inside your own iPhone, and it appears that the mix of chips detected by users of that app shows iPhone 6s and iPhone 6s Plus use both chips, though the iPhone 6s handsets tested by Wang’s app are heavily skewed towards the TSMC part – almost 80% of those tested, in fact. 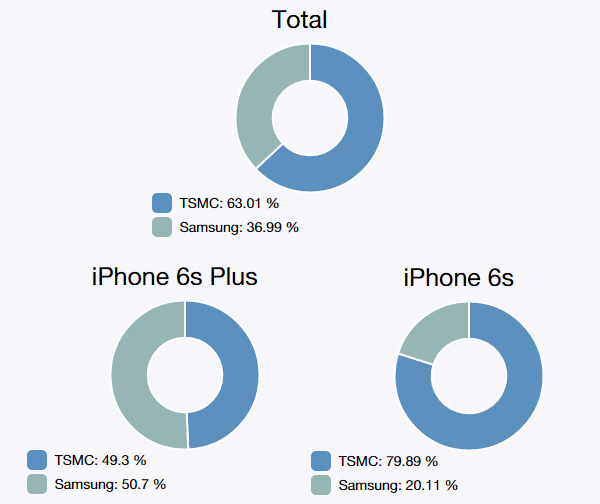 If you’re wondering which of the two chips performs better, then we really wouldn’t even entertain that idea. Tests that have been run on both chips show mild differences in benchmark scores, though those differences could simply be down to normal fluctuations. Users have reported a 2526 single-core and 4404 multi-core Geekbench score for the TSMC A9 chip, and a 2542 single-core, 4444 multi-core score for the Samsung-manufactured A9. Basically, it doesn’t really matter which manufacture made the chip in your iPhone because it’s going to be fast either way.

If you do feel the need to test for yourself, though, you can download Wang’s app yourself from here, but be warned – it’s not on the App Store, so you’ll need to install it via an enterprise certificate. That may or may not be enough to stop some from giving it a try, especially considering the fact that it really doesn’t matter which chip you have.

But hey, it’s up to you! We’ll leave a link to the app below.