This is just in. Apple has just released iOS 9.0.2 download links for compatible iPhone, iPad and iPod touch devices.

The release sees the latest public version of iOS ramped up to 9.0.2, introducing a number of bug fixes and bringing various performance enhancements throughout the platform. Today’s release also shows Apple’s continued commitment to offering the best possible iOS experience to its mobile customers, coming only a week after the public launch of iOS 9.0.1. 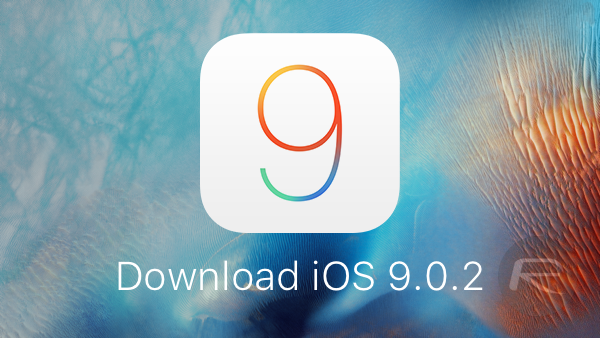 The official change log that accompanies the latest iOS software update is as follows:

This update contains bug fixes and improvements, including

Fixes an issue with the setting to turn on or off app mobile data usage.

Resolves an issue that prevented iMessage activation for some users.

Resolves an issue where an iCloud Backup could be interrupted after starting a manual backup.

Fixes an issue where the screen could incorrectly rotate when receiving notifications.

Improves the stability of Podcasts.

As you can see, Apple has chosen to focus on stability and bringing as many fixes and improvements as possible with these minor point updates. This type of release schedule is historically the norm whenever a new major version of iOS drops. There’s always going to be a bedding in period that sees a number of point updates introduced in a relatively short space of time.

Anyone with a compatible device capable of running iOS 9 can also start to look forward to the official introduction of iOS 9.1. Whilst these minor point updates focus on improving and stabilizing what was released with iOS 9.0, iOS 9.1 will introduce a number of new small features, such as the new set of emojis. But we’ll bring you more about that as and when the time comes.

For now, those with a compatible iPhone, iPad, iPod touch can launch the native Settings app and go directly to General > Software Update to download and install iOS 9.0.2. The update should be showing up immediately. 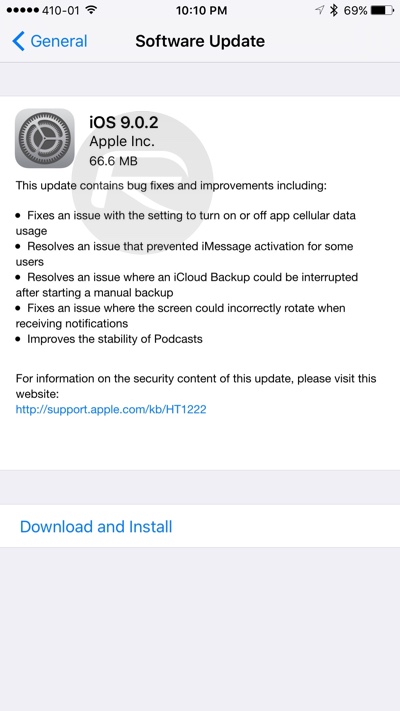