Since the very first iPhone was released in 2007, Apple’s iconic smartphone has always been a cut above the competition when it comes to camera results, though with the likes of Samsung Galaxy S6 Edge+ now out and about, the sensor that comes packed with the iPhone 6s and 6s Plus seems to have more competition than one would generally expect.

The iPhone’s current standing in the mobile photography ladder aside, owing to the ever-improving quality of the device’s camera, critics and photography enthusiasts have also taken it upon themselves to compare its relatively recent iterations of the product line to professional photography and videography equipment. However, most who own a DSLR camera and understand its modular nature would likely scoff at the very idea of comparing one to an iPhone camera, even if it is that which comes packed with the latest generation – most, but not all. 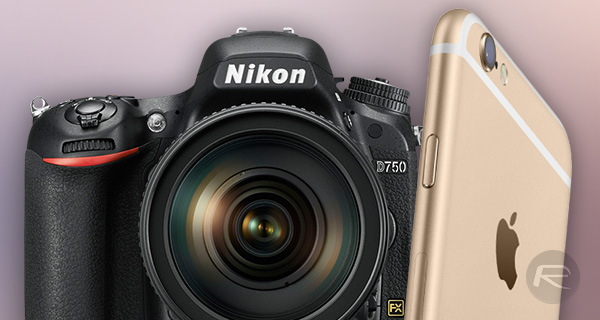 The online photography community Fstopper certainly didn’t seem to think the notion was ridiculous. In fact, after publishing a YouTube video comparing the iPhone 6s camera to Sony’s A7RII, showing how the phone holds its own against a $4000-$5000 flagship mirrorless camera, the website decided to pit Apple’s offering against the Nikon D750 DSLR, and this time, they actually awarded decisive victory to the iPhone.

Obviously, the decisive victory doesn’t cover all facets that would matter to a professional, that is, it does not account for low-light conditions and the repository of interchangeable lenses available to the DSLR camera. It simply compares videography results in “ideal shooting conditions”, with 4K, 30fps video from the iPhone downscaled to 1080p and 1080p, 30fps video from the Nikon set to record at maximum quality at ISO 100 & F/8. 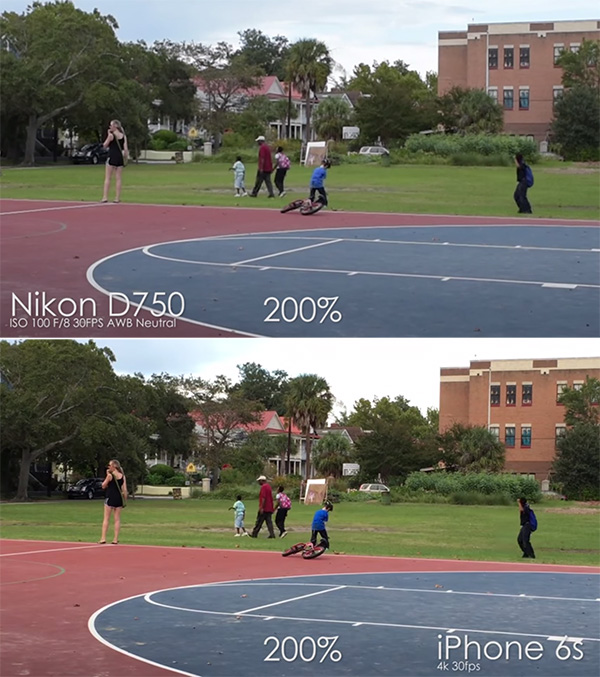 The videos taken by the iPhone, as the videographer himself puts it, do indeed look “way better” than those from the $3000-$4000 competition, owing to a higher bit rate as well as better color, contrast and detail, and this is against what he describes as their “go to camera.”

That’s right; a smartphone just made a DSLR give up its lunch money.

If the Nikon, like the iPhone 6s and Sony A7RII, was capable of shooting 4K as well, things just might have gone in its favor, but like many other DSLR cameras on the market today – even the top-line ones – it doesn’t, most likely owing to the slow adoption of 4K display technology.

As I said earlier, this doesn’t really prove the iPhone 6s is more suited for professional photography or videography than a DSLR. It just shows how far it has come, and that its camera, as basic or restricted as it might be, can actually surpass certain DSLRs given ideal conditions, making it the best in class for casual photos and videos.