iPhone 4 Jailbroken With The Latest JailbreakMe 20,000 Feet Up In The Air [VIDEO]

If you thought people jailbreaking on-display iPod touches and iPads at Apple Stores was cool, this you’ll find even more cooler. 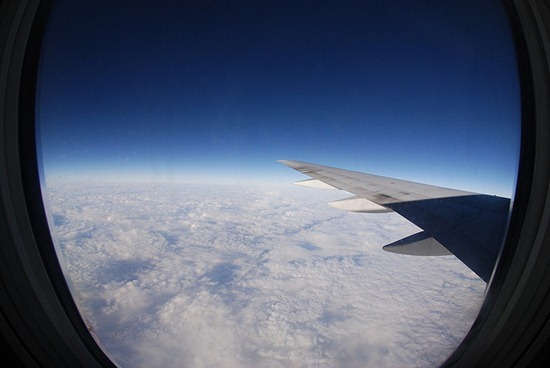 We published a story on people jailbreaking iOS devices at Apple Stores just a few minutes ago. Jailbreaking enthusiasts, in order to show their love for jailbreaking, jailbroke an iPod touch and two iPad 2s and recorded the whole deal, which we presented in said post.

It’s all being done thanks to the unbelievable simplicity with which JailbreakMe allows users to jailbreak their iOS device. Other tools, like Redsn0w/Sn0wbreeze force the user to go through multiple steps including one particular step where the user has to hold different buttons in a specific order to go to the next step.

Such complications were eliminated thanks to a new uniofs method Comex has employed in JBme 3.0. The method works by not moving pre-installed Apple apps to and from different directories, which the older stashing technique did. Thanks to the improved method, jailbreaking takes only seconds instead of minutes with older tools.

YouTuber TheVexenon uploaded a video of himself jailbreaking his iPhone 4 20,000 feet up in the air. He was, obviously, on a plane and used in-flight Wi-Fi to access JailbreakMe.com to jailbreak said iPhone.

As you can see in the video embedded below, it only takes 35 seconds from tapping “Install” to being able to launch Cydia. Amazing stuff by Comex!

You too can jailbreak your iOS device using JailbreakMe. It’s a very simple process, so if you haven’t jailbroken yet, we highly suggest you do. It’s very much legal and there are basically no downsides to it. If you don’t like it, you can simply restore from iTunes. And if you like it, well, suffice to say, you’ll be addicted.

New jailbreaking tweaks and apps that supercharge your iOS device come out everyday and we cover them here on RP whenever we find an interesting release.

So, once again, if you haven’t jailbroken… now’s the time! JailbreakMe works on all iOS devices that are on iOS 4.3.3. This includes the iPod touch 3G/4G, the iPhone 3GS/4 as well as iPad 1/2.

Also, a word of caution: Apple will be releasing iOS 4.3.4 soon to patch the PDF-exploit JBme 3 uses. It is in every jailbreaking enthusiast’s best interest to stay away from it.