iPhone 4 Apps will Run Nearly in Full Screen on iPad

So we now have the confirmation. In case you were wondering, iPhone 4 apps will run nearly in full screen on the iPad as opposed to the current iPhone apps which looks horrid at best on the large screen of iPad. This confirmation comes from the developers of “Make Coffee” app for iPhone who found out when they tried the new version of the app (optimized for higher resolution screen of iPhone 4) on the iPad.

We are working on version 2.0 of our app Make Coffee, and this morning doing preliminary tests concerning the new iPhone we were observing how many pixels can really be inside a screen so small. This in itself was shocking enough.

But we decided to go further, asking: how will therefore compatible with the iPhone app on the iPad screen? Well … the result was shocking! In practice the native resolution of the iPhone app displays nearly 4 full screen display on a iPad! 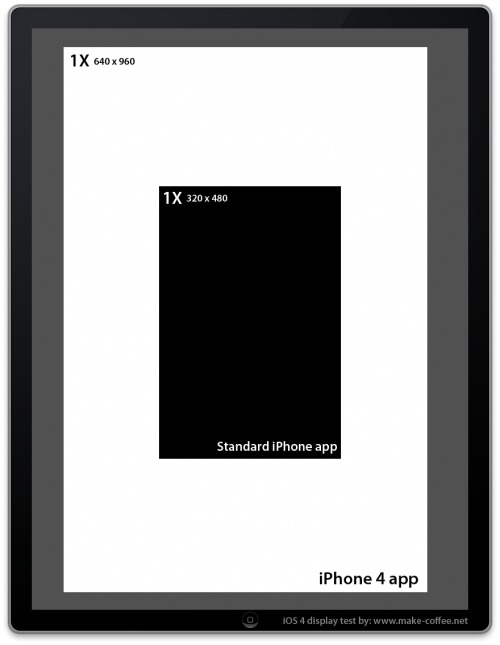 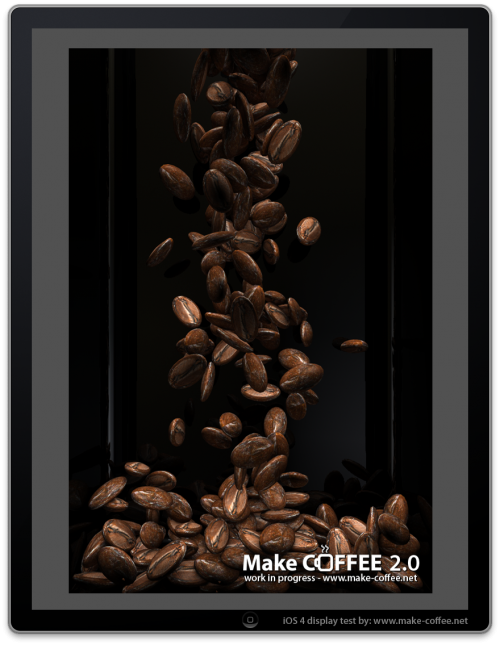 Steve Jobs already mentioned this at the WWDC 10 conference that apps designed for the higher resolution of iPhone 4 (on iOS 4) will run on iPad without any modification needed on developers part. [via iClarified]