The speed test battles between the iPhone and Samsung’s Galaxy Note devices have always made for some interesting viewing and with the launch of the iPhone 12 and iPhone 12 Pro it was always going to be a matter of time before someone ran another speed test.

This time it was PhoneBuff, and the result makes for an interesting viewing. 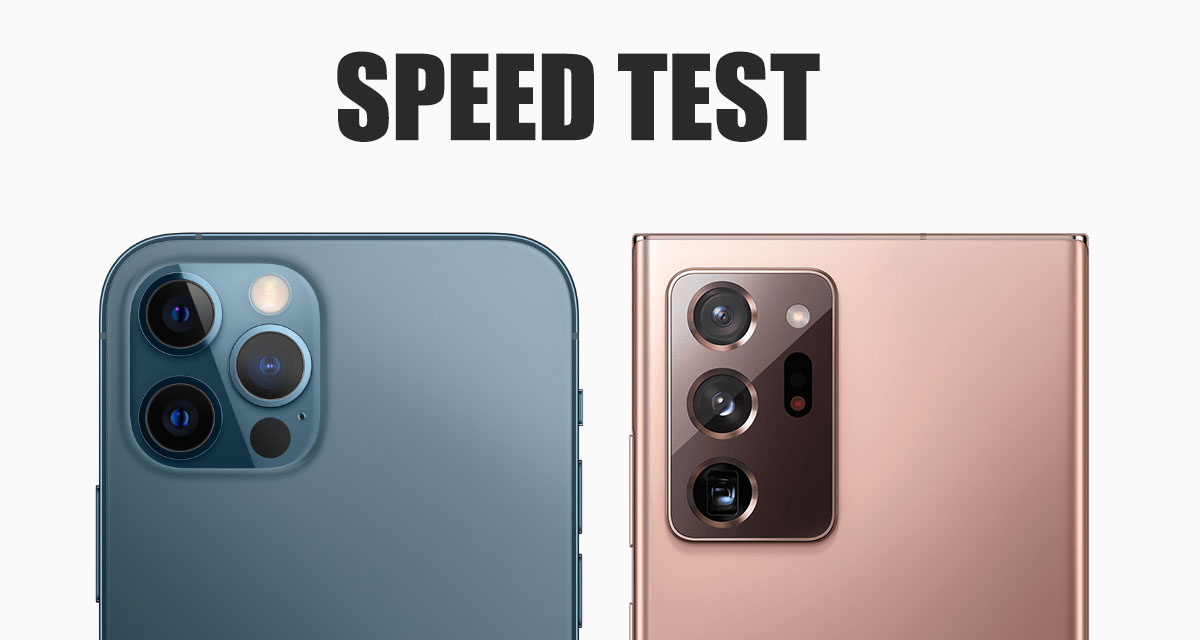 PhoneBuff has a history of running these kinds of tests, where he launches a ton of apps and then re-launches them to see how those apps respond to being placed into the background and then awoken. The same test, run by the same person, has seen Samsung’s devices come out on top of late. But that was definitely not the case this time around.

Speed test between the Apple iPhone 12 Pro and Samsung Galaxy Note 20 Ultra to see which phone is the fastest in the world.

Of course, it’s debatable whether these tests mean a great deal in the grand scheme of things. For a so-called real-world test we’re not sure how many people use their phones in this manner. But hey, it makes for fun watching and we wouldn’t say it’s any less likely to be accurate than a synthetic benchmark.

Ultimately, we’ll leave the decision up to you. But as another data point, it’s clear the iPhone’s A14 Bionic chip is super, super quick. Just as we expected it would be.