Further adding to yesterday’s coverage, which showed images purported to be of a mockup of the iPad Mini, Andy over at GizChina has managed to get his hands on what looks to be an identical dummy model. Costing $13, the form factor representation of the upcoming Apple gadget has been doing the rounds on the Chinese market, and this is the first time we’ve managed to get an up close and personal look at what is believed to be the iPad Mini.

On the back of the mockup, a cellular radio is present, although it is unknown at this time whether the smaller iPad will support 3G or 4G. One suspects, for the sub-$300 price many are quoting, LTE is out of the question, and with Apple not renowned for going over-the-top in terms of spec, it would seem those wanting the super-fast data speeds would need to opt for the larger, traditional 3rd-gen iPad.

The design, as discussed in the previous report, is simple and tidy throughout without being overly dazzling which, again, one would expect for the cheaper price. The Lightning dock connector is placed at the bottom, while the headphone jack and Sleep / Wake button takes its usual position at the top of the device. The camera on the back – suspected to be of similar standard to the 3rd-gen iPad’s 5-megapixel iSight snapper – is positioned in the top, left-hand corner, and it doesn’t look as though there will be a flash. The decidedly large Apple logo completes the back of the device, while the volume buttons, Silent toggle and Micro-SIM tray account for the outer edges. 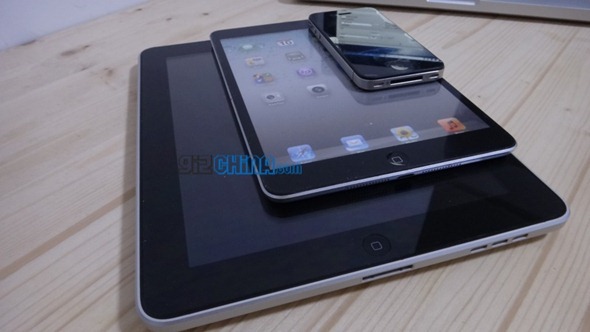 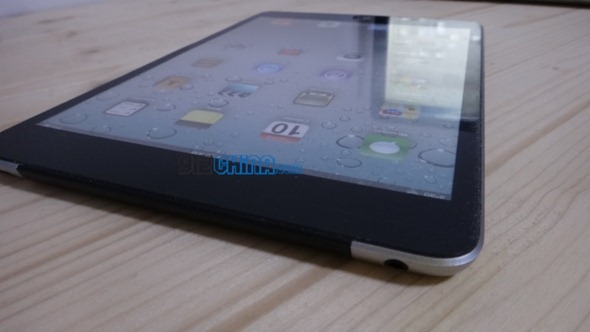 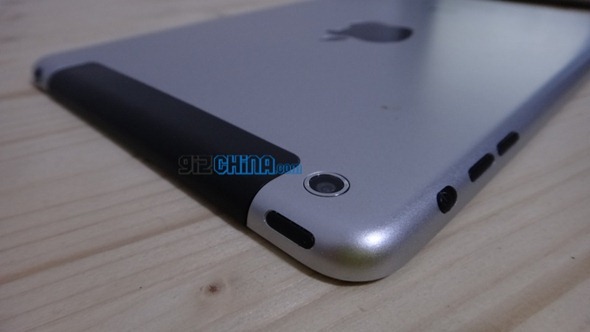 Meanwhile, the front of the unit sheds more light on the "large iPod touch" murmurs by once again revealing the uneven bezel. Apple often likes to keep its display perimeter regular, sans the iPad and MacBook range, but on this occasion, it looks as though the left and right hand side of the bezel will be much thinner, and personally, I think it looks a lot slicker than its larger cousin for it.

The front-facing snapper was always a certainty (in order for Apple to continue plugging FaceTime), and the home button is also in its usual spot, completing the physical features of this supposed iPad Mini.

The verdict? It looks like the real deal, and although it is fairly no-frills, it doesn’t need to be if it manages to retail for $299 or less. In fact, if Apple manages to hit the $249 bracket, the device you’re seeing in the video above could potentially become the biggest-selling gadget in history.