As part of the plan to bring the full-sized 9.7-inch iPad in line with the recently released iPad mini, Apple is reportedly planning to announce and release the fifth-generation of their popular tablet in March of 2013. The speculated release date is notable due to the fact that it would come only five months after the current model iPad was introduced, and would effectively mean that the Cupertino based company will have launched the third, fourth and fifth-generation models in one twelve month cycle.

The fifth-generation iPad information is coming courtesy of Macotakara, a Japanese blog which has been extremely active in the iPad prediction market over the last twelve months, managing to have a little bit of success with their hardware and release date estimations. Citing sources from supply chains who claim to have inside knowledge of Apple’s plans, claiming that the fifth-generation iPad release will predominantly bring the device more in line with the aesthetics of the iPad mini by making it lighter and thinner as well as slightly changing the device shell.

It’s obviously a natural progression for Apple, or any other hardware manufacturer for that matter, to want to iterate through designs on a regular basis in an attempt to reduce the physical size of the product while maintaining or adding to the feature set and the technologies contained within. The rumor also seems to fall in line with previous speculation that Apple could be changing tactics in favor of a six monthly release cycle for the iPad rather than pushing out new hardware every twelve months. Exactly how consumers feel about this remains to be seen. 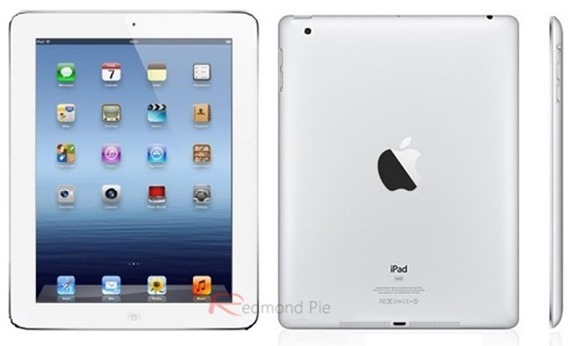 In regards to overall specifications of the purported fifth-generation iPad, there has been no information forthcoming. It’s likely that we will see an upgrade and major improvements to the iPad mini in the coming year with the introduction of a Retina display and an improved processor ripped straight from fourth-generation iPad but as yet, we aren’t hearing anything concrete relating to the full-sized iPad model. It’s also unknown if Apple will also choose to push out the second-generation iPad mini model in line with any potential iPad release at the end of the first quarter of next year.