With every new iOS release, there are those devices that, due to age and thus antiquated hardware, are sadly left behind. In the case of iOS 8, only the iPhone 4 was culled, but by the reactions of many iPhone 4s users who’ve just jumped on the new software, perhaps its successor should also have been left behind. Many owners of the 2011 flagship release have reported issues since updating to iOS 8, and with general functionality suffering as a result, those of you currently clutching a 4s may well want to hold off for the time being.

Downloading and installing a major firmware update can often feel to the recipient like receiving a new device, but while it’s always nice to get some new features, it does often pay to sit tight and wait for the dust to settle. 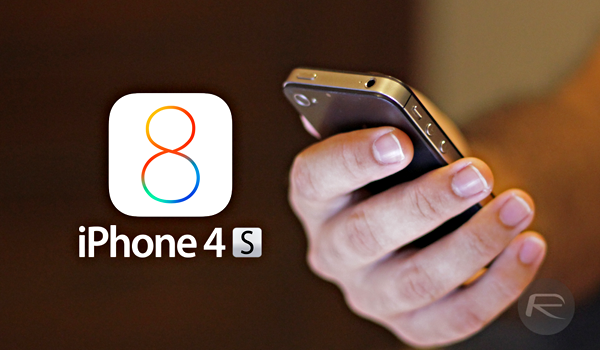 Apple’s mobile software is no stranger to some post-release controversy, and with iOS 6 and Apple Maps still relatively fresh in the mind, some users might have staved off the temptation to join the hordes of early adopters this time around. Unfortunately for some of those on an iPhone 4s, though, the result of the update is far worse than could have been provisioned for, with screen sizing and performance issues afflicting those on what was one of the longest-serving handsets Apple ever released, and with any remedial updates unlikely to occur any time soon, you may want to stick with iOS 7 if your still can.

Like the iPhone 4 on iOS 7, the iPhone 4s is bereft of some features found in iOS 8’s expansive repertoire including Handoff, but much like the iPhone 4 when iOS 7.0 first manifested itself, the ageing device is struggling to cope.

Eventually, Apple made some tweaks and better refined the software to aid those running iOS 7 on an iPhone 4, but given that this didn’t happen until many months later with iOS 7.1, iPhone 4s owners could be stuck with this seemingly half-baked experience for quite a while.

With screen sizing issues apparently hindering very basic functions, though, it’s probable that Apple will be a lot swifter with any update this time around, particularly given how many iPhone 4s users would already have grabbed iOS 8.

Are you an iOS 8 user on iPhone 4s? If so, we’d love to hear of your impressions, so be sure to share them with us in the comments.