Even though we’re now on the cusp of OS X Yosemite 10.10, it’s worth remembering that Mavericks is till the current version of Apple’s Mac software, and with reports suggesting that Yosemite won’t hit the Mac App Store until mid-to-late October, it’s likely to stay that way for at least another month. Thus, Apple has just rolled out OS X Mavericks 10.9.5, and with plenty of bug fixes and general performance enhancements, is worth taking the time to download.

It stands to reason, what with the WWDC showcasing and subsequent Beta / Developer Previews of Yosemite, that Apple wouldn’t add any major features to Mavericks. It is outgoing, after all, and with the impending Yosemite being packed to the gills with some great new implementations, Apple is all about maintaining when it comes to Mavericks. 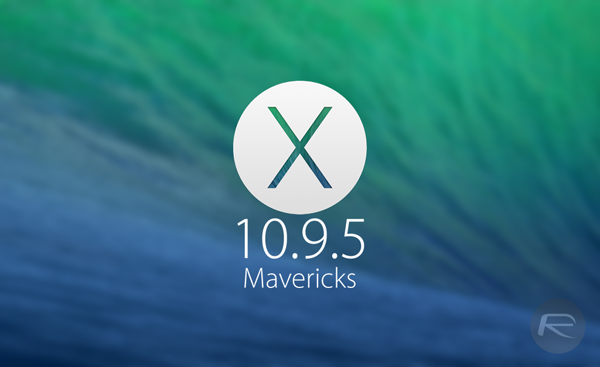 Still, even with a busy schedule that has seen big updates for iOS and Apple TV during the past few hours, the Apple development team has still found the time to work on OS X Mavericks 10.9.5, and while the change log doesn’t mention anything particularly riveting, it does notably improve reliability of Smart Card-authenticated VPN connections.

The latest build also includes Safari 7.0.6, and if you’re a Mac user, updating is easy. Simply glance to the top left-hand side of your Mac’s display, tap on the Apple logo and hit the Software Update feature in the drop-down. It shouldn’t take more than a couple of minutes to install, and thereafter, you’ll be completely up-to-date.

Meanwhile, on the topic of Yosemite, the latest reports indicate that a public release will occur on October 21st, a date that will apparently coincide with the announcement of two newly-refreshed iPads. Whether this will indeed be the precise date of the roll-out remains to be seen, but given the Developer Preview patterns, it seems only a matter of weeks before we can finally experience the flattened UI and numerous Continuity features first-hand on our Macs at home and office.

We’ll keep you posted with regards to OS X Yosemite as we enter the home straight of the lengthy developmental stage and on to release, and should Apple push any further updates to Mavericks between now and then, we’ll have that covered too here at Redmond Pie.