iOS 8 Not Supported On iPhone 4, All Other Devices From iOS 7 Supported [Compatibility Chart]

After a fairly intense build-up, Apple has finally taken the wraps off iOS 8, and as those on newer iOS devices can begin looking ahead to some exciting new features, only one iOS device will be invariably left behind. After the jump, you’ll find an official chart of devices by Apple which will be supported by iOS 8.

Due to its age and lack of processing power compared with those on the more recent handsets, the iPhone 4 has struggled to cope with the rigors of iOS 7, and it always seemed inevitable that the almost four-year-old device wouldn’t cut it on iOS 8. 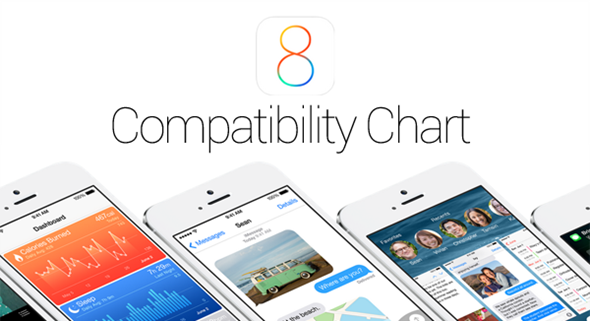 Released in 2011, the iPad 2 has been a mainstay for Apple. In fact, up until March of this year, it continued to retail in spite of its age, playing second-in-command to the iPad 3, iPad 4, and finally, the all-new iPad Air.

And rather surprisingly, the iPad 2 is still being supported by Apple, and will, of course get the big iOS 8 update when it is available to general public this fall.

The iPad mini is, technically speaking, almost identical to the iPad 2 in that it packs the same processor, GPU and display resolution but all in a smaller package. And just like the iPad 2, the ageing iPad mini will also get the iOS 8 update, according to the chart posted by Apple.

It may only have released in 2012, but don’t be fooled, this little slab of glass and aluminum packs enough punch to drive Apple’s next-gen mobile operating system.

The rest of Apple’s lineup of mobile devices will see the big iOS 8 update, which includes the following devices, according to the official chart from Apple’s website: 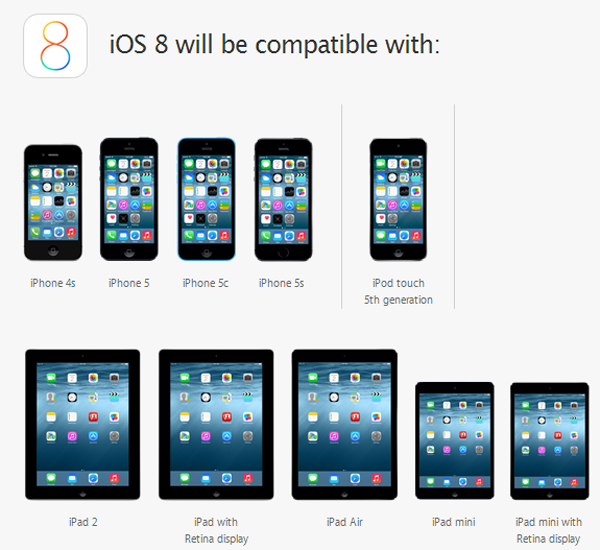 It’s always disappointing when devices get left behind, particularly the likes of the iPhone 4 – which is still an incredible smartphone these days when compared to other devices in the same price bracket. But needs must, and those on the more recent releases will be able to enjoy a slicker, more feature-rich experience when iOS 8 eventually does manifest.

So, which device are you going to use for Apple’s shiny new mobile OS? Share with us!