An integrated extension for Things, the neat, revered to-do app from Cultured Code, brings a significant overhaul to the overall experience in time for iOS 8, and although the improvements have been a long time in the works – the Things UI has yet to be tweaked in line with iOS 7 – it appears as though the wait has been well worth it.

Designed to suit Apple’s entire fleet of iOS devices, Things is a very simple utility that offers a very integrated to-do experience. Listing tasks and errands on iOS tends to be a relatively joyous experience thanks to the multitude of apps available such as the very popular Clear, but Things is considered by many as the authority, and with this new extension, Things can, ahem… only get better. 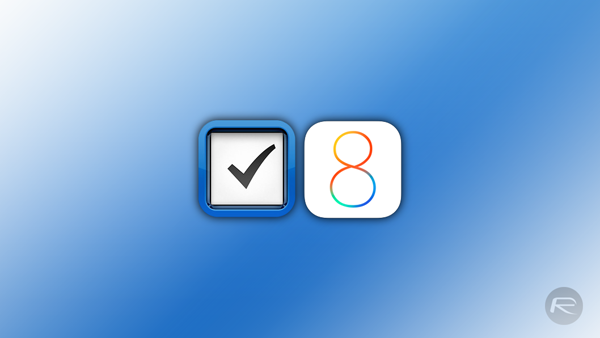 Courtesy of the extension, users will be able to paste in notes and such directly from Safari without even leaving the browser, and given what Apple is doing re third-party widgets and keyboards with iOS 8, it does feel as though the company’s mobile operating system is finally offering the integrated, functional experience that many have so craved.

The problem with iOS in comparison to a platform like Android, is that no matter how good an app is, it can only scrape the surface in terms of what it can offer a user. We’ve been lucky enough, thanks to the jailbreak community, to have had a taste of what an integrated iOS experience might eventually be like, and while Apple hasn’t completely opened up its software as yet, it’s arguable that iOS 8 is the most pivotal bump since its inception.

Things 2.5, which includes the extension feature, is still in alpha, and so is not yet ready for prime time, but with development well under way and iOS 8 headed in the not-so-distant future, those looking to remain organized through iOS 8 should look no further than Things for their task management needs.

With the iPhone 6 event scheduled for September 9th and iOS 8 expected to arrive very shortly thereafter, the finish line is nigh, and we’ll be keeping you in the loop regarding those iOS 8-compliant apps and extensions, so stay tuned to our coverage here at Redmond Pie!