iOS 7.1 Gets A Release Date, Will Feature Improved Mass Mobile Device Management, According To Report

iOS 7.1 is on its way, with the current consensus suggesting that the first major update to Apple’s latest and greatest will be ready for prime time on 15th of March for public consumption. With regards to the features therein, we know that iOS in the Car will be the major addition, alongside some minor aesthetic tweaks and general performance enhancements, but while we’ve been told that there’ll be little else of note, the rumor mill has thrown up an interesting new theory. Apparently, Apple is to make significant alterations to the Mobile Device Management mass deployment system, with a supplementary "Volume Services" Web client also set to launch alongside iOS 7.1.

This particular scoop arrives via Apple Insider, which cites an "unverified source" in suggesting that Apple is working closely with "a few" Mobile Device Management vendors, an effort that could offer dramatic improvement to iOS deployment.

An anonymous source, particularly one that cannot be verified, wouldn’t necessarily count for much in this kind of situation, but there is some vaguely tangible evidence that such a move is already in motion. For example, a Volume Services site, which allows clients to log in, is now live, and although, as per the report, said site remains "in testing," it will supposedly launch alongside iOS 7.1 with such features as automated mobile device management enrollment, and the ability to buy apps and books in volume. 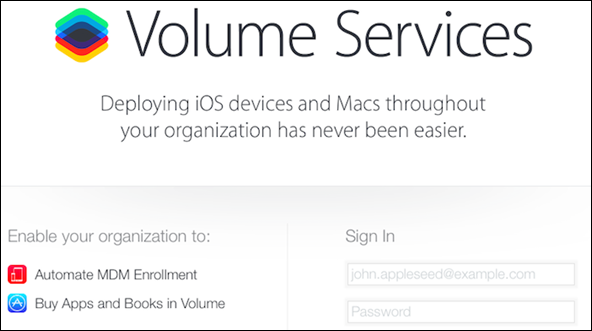 This new, powerful feature would also allow organizations and, potentially, governments to monitor deployed iOS devices, and with a wide range of potential uses across numerous institutions, it cannot be underestimated how significant an implementation this could be.

The Apple’s Configurator app will likely make way for this new, robust tool set, and since the former was only really aimed at smaller institutions, the Cupertino based company looks to be stepping up its game in this field. 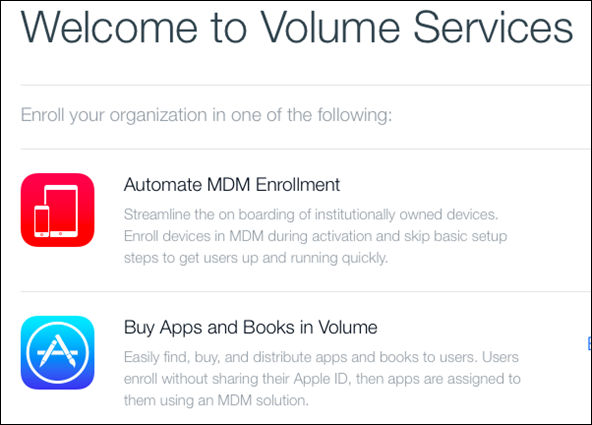 Education and enterprise on iOS has always been talked about by Apple, but save for a few low-key efforts like iTunes U, there hasn’t yet been a concerted effort to target these key areas of growth. But better MDM, with some of the aforementioned remote monitoring features, would, for example, enable teachers to exercise certain controls over apps on devices deployed to students, and this kind of functionality would certainly give the likes of the iPad more leverage as educational, as opposed to mere consumption devices.

As well as education, this system could flourish in government and businesses alike, allowing administrators to "centrally and securely configure fleets of mobile devices," and as well as controlling apps and installations, could also be used to set up certain secure profiles.

If there’s any truth to this report, it could be a game-changer for the iOS ecosystem in general, and although further evidence will hopefully shed even more light on Apple’s intentions, the existence of the Volume Services site does suggest that administrative functions could be headed to iOS.