It may have been somewhat forgotten in the big iOS 7 furore, but that doesn’t mean that ‘iOS in the car’ isn’t a real thing. In fact, Apple has had given the thing a place on its own website so it was always going to put in an appearance at some point. Some motoring companies like Acura, Honda and BMW have even said that they will be taking advantage of the feature, but things have been rather quiet of late, with little coming out of either Apple or its partners.

Now though, we’ve been treated to some new screenshots of what appears to be ‘iOS in the Car’ in its latest guise. Showing some design retouches when compared to what Apple has previously shown the public, the new screenshots are an insight into what iOS will look like when it’s running on an in-car entertainment and navigation system at some point this year. 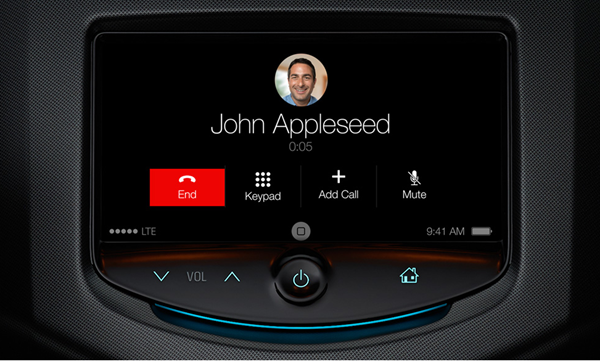 The reason we have these new screenshots is developer Steven Troughton-Smith, but after posting them to Twitter the man himself is now staying tight-lipped about where he got them from. After specific ‘iOS in the Car’ settings first started to show up in iOS 7.1 betas, it was suggested that it may put in an appearance sooner rather than later. It’s possible that Steven Troughton-Smith has found the new automotive hotness baked into the latest and fourth beta of iOS 7.1 and then found a way to access it. Or maybe he just has some really, really good sources who like to leak screenshots. However he came across them, we’re of little doubt that they’re genuine.

Here are the screenshots: 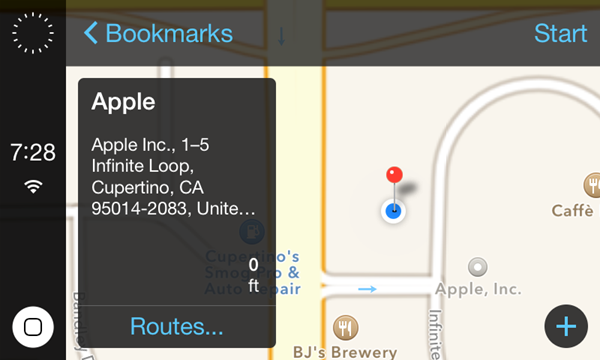 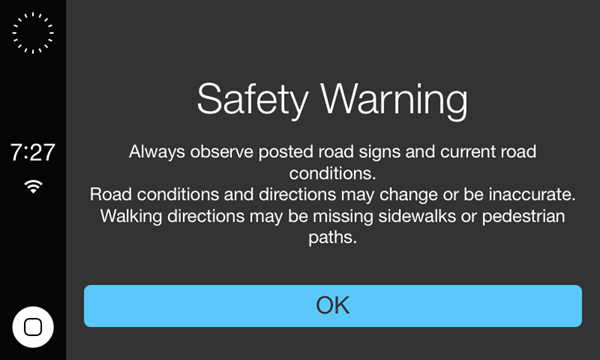 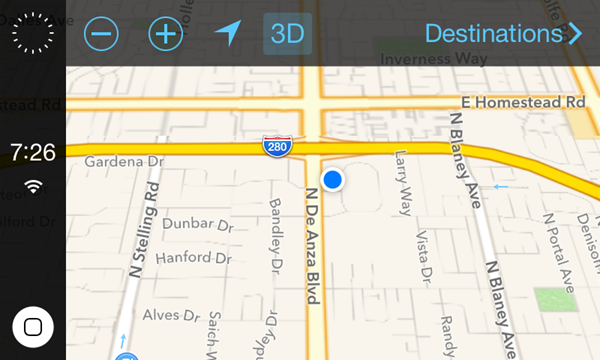 Apple’s theory for ‘iOS in the Car’ is that it will bring iOS to people while they’re driving without them running the risk of using their phone while at the wheel. The thought of using a version of iOS instead of our in-car systems is the kind of thing that should get any car-loving gadget fan all giddy, so we were all pleased when Apple said that it was ‘a key focus’ for the company. Now it would seem we’re drawing ever closer to it becoming a reality.

We just wish Apple would make a little more noise about it.