With Mobile World Congress not far away now it’s surely a matter of when rather than whether Samsung will try and ape Apple by including its own fingerprint-sensing technology in the upcoming but as yet still unannounced Galaxy S5. There’s been little concrete news on the subject so far, but as we draw ever closer to the expected unveiling of Samsung’s next flagship smartphone, details are finally beginning to slip through the net.

With Apple’s iPhone 5s featuring a sensor built into the Home button, some had suggested that Samsung may seek to go one step further by having its own sensor live underneath the device’s touch-screen. It seems that isn’t the case however, with a new report suggesting that Samsung is set to follow Apple’s lead and use the device’s main hardware button as a way of hiding the sensor.

Of course, that brings with it its own issues. As anyone who’s used one of Samsung’s Android phones will know, the home button that Samsung uses is considerably smaller than that of Apple’s iPhones. That means that fitting an entire fingerprint sensor onto the thing is impossible, meaning Samsung will need to make alternate arrangements for finding a way of getting a fingerprint sensor underneath its own home button.

According to the new report, Samsung has now decided that instead of moving the sensor, it is going to have its users swipe their finger from the bottom of the button. That upwards motion should ensure that an entire fingerprint can be read by the hidden sensor. While that’s true, we question the wisdom of such a motion, especially the upwards swipe rather than a downwards one. More worryingly, the way the sensing works coupled with the fact that it reportedly doesn’t like any form of moisture to be on the finger it scans, makes the entire process seem a little too finicky for our liking. 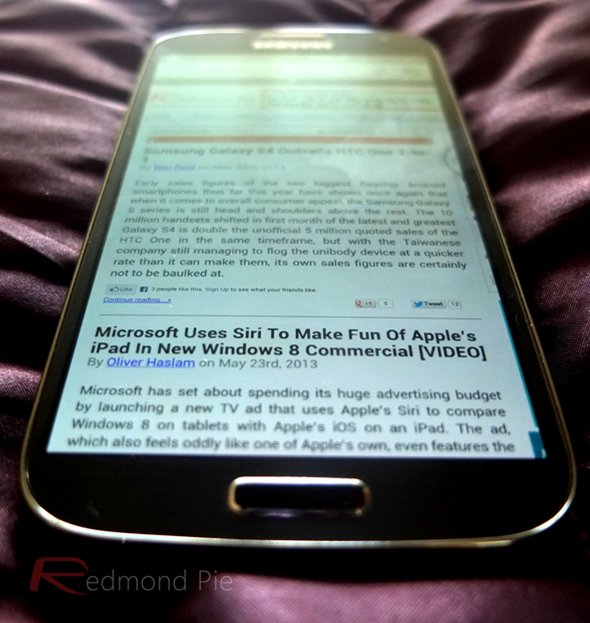 Still, until we see the thing on-stage and then get to try one for ourselves, we’re going to give Samsung the benefit of the doubt. Apple’s own Touch ID technology isn’t without its own foibles, but if Samsung can’t at least match its accuracy then mud will certainly begin to fly in the smartphone war that just won’t die.