Apple has just rolled out iOS 7.1 beta 5 download, which carries the build number 5B103i. Details on how to update / download iOS 7.1 beta 5 on your iPhone or iPad are given below. As ever, it contains a number of fixes and general enhancements, and we’ve got all of the info right here.

The iOS device initially uses a compact voice for Siri. After you have configured a Wi-Fi network and have the device connected to a power source, iOS will automatically download and install a higher quality version. 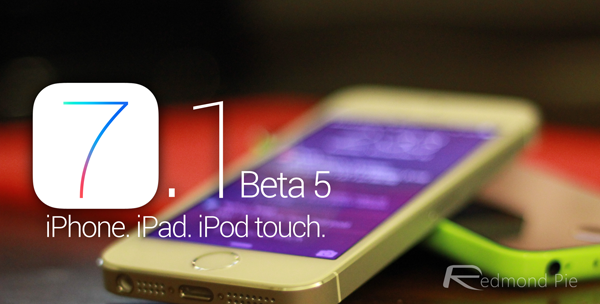 The fifth beta is, as ever, currently available only to those tethered to Apple’s Developer Program, so if you wish to try it out, then you can do through the usual methods – either updating OTA right from the device, or updating/restoring IPSW from iTunes. Download links of iOS 7.1 beta 5 can be found over at iOS Dev Center. 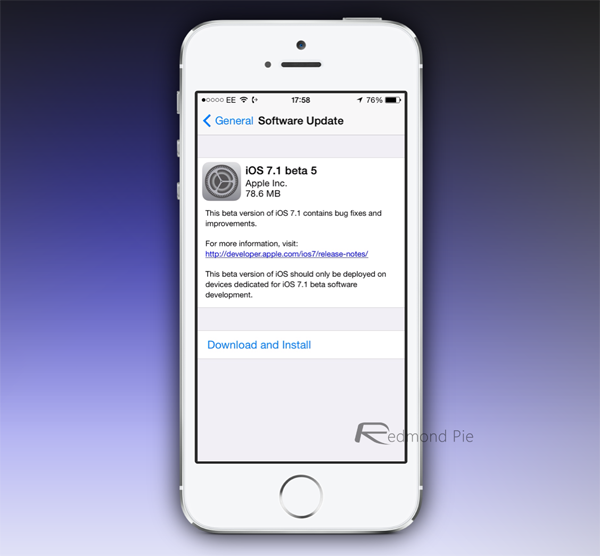 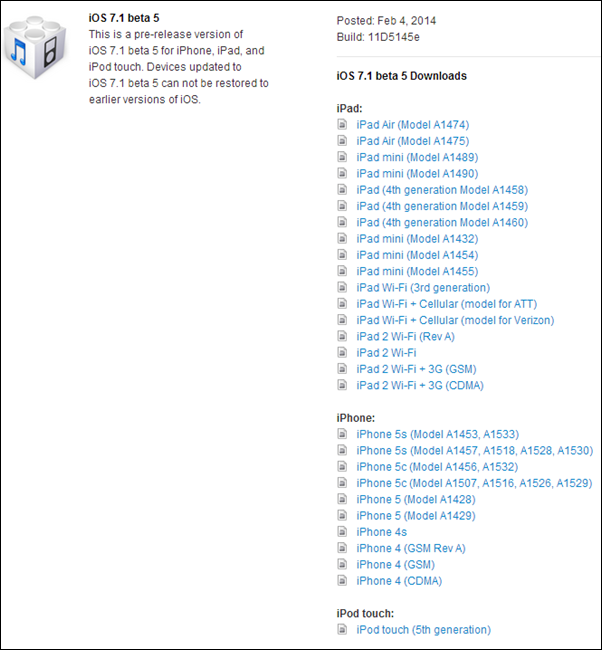 With this being pre-release number five, one would hazard that the iOS 7.1 GM is not too far away. Most major iOS releases clock up 5-8 betas before arriving in a blaze of glory, and with new releases dropping every other week from the Developer mill, it’s safe to assume that we’re on the home stretch.

So, as we remain on the lookout for any developments, be sure to give iOS 7.1 beta a whirl on your iPhone, iPad or iPod touch. Oh, and if you do spot anything unusual or noteworthy, be sure to share it with us in the comments section!