It’s no secret that Microsoft is rather struggling in the mobile industry, with the uptake and general market share of Windows Phone devices having not improved a great deal since its inception as Windows Phone 7. But Microsoft is trying its utmost to get folks on board, and right now, is offering a free Nokia Lumia 520 as leverage to anybody willing to purchase an Xbox Music pass. Although the device is mid-range in every sense of the phrase, it’s still a free handset, and since it nicely ties in with the Xbox / Windows family, surely any prospective Xbox Music subscriber would find some use for it.

There’s no doubting the beauty of Windows Phone. Even Steve Wozniak, co-founder of Apple, has described it as "beautiful" in the past, and Microsoft’s fledgling ecosystem has also been the subject of awards for its intuitive nature and alternative approach. 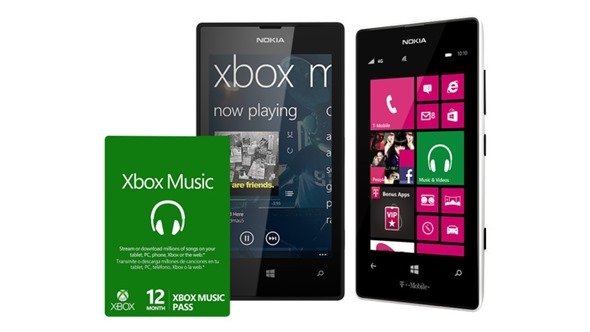 But achieving in the mobile game is not all about how well a platform operates, what it looks like, or even the devices that have been commissioned to run on it. Microsoft’s main hurdle at this point in time is that nobody – consumer or developer – is really interested in it, because there are scarcely any apps compared with the App Store and Google Play Store. Users have become accustomed to using certain apps and games, invested heavily in them, and simply cannot find alternatives over at the Windows Phone Store, and it’s a two-way street, since developers don’t then see value in making apps in the first place.

The onus is on Microsoft to drag folks in, and bundling a free Lumia 520 handset in with a one-year Music Pass, which costs $100. So not only do you get unlimited access to Microsoft’s wide range of 20+ million tracks, but you can also enjoy them on-the-go with the Lumia 520. The offer is also valid with the Lumia 521 – the T-Mobile version of the smartphone – and runs through February 17th, so if you were considering grabbing an Xbox Music Pass, Microsoft has made up your mind for you.

It’s worth mentioning that Microsoft is also currently offering $250 of store credit when you trade in your old smartphone or tablet, which you can then spend towards anything in-store. The prerequisite, of course, is that the device is in good, working condition, and it’s possible that you may get less than the $250 threshold for trade-ins, but if you’re serious about grabbing a new Microsoft product, the getting’s pretty good just now.