The Google Nexus 5 launched towards the close of last year, and many lauded the fact that Google – with a little assistance from LG – had managed to pack so much solid hardware into a relatively cheap handset. Available in black and (sort of) white, we’ve been hearing for a while that the release of a red version was imminent, and today, the alternative color configuration has gone live over at the Play Store. It’s just as vibrant as the leaks had indicated, and will certainly stand out among the crowd.

The new red Nexus 5 doesn’t cost any more than the other colors, so if you’d been holding off picking up the device amid the rumors of the past couple of weeks, you’ll be pleased to know that you won’t be charged a premium if the brighter hue does so happen to float your boat. 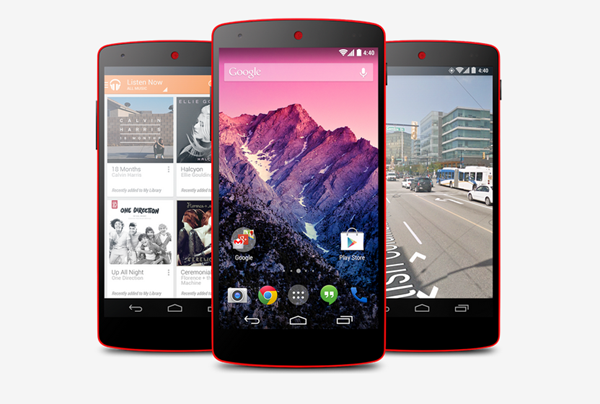 Like the white model, the front of the device is still black, so in essence, it’s almost as if you’ve simply removed the fascia from the original black version and replaced it. Nevertheless, it’s still aesthetically pleasing, and what with Valentine’s Day coming up and red being the color of love, maybe that special somebody will treat you to the new Nexus 5! 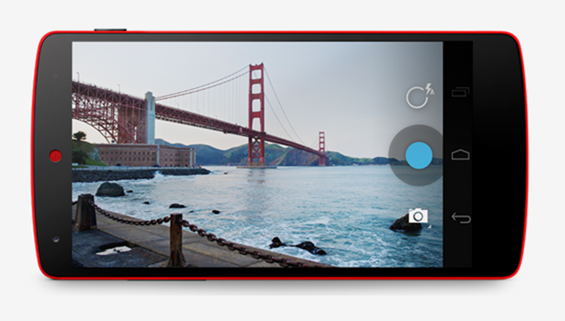 On a more serious note, we have heard some suggestions that Google will discontinue the Nexus brand entirely as of next year, instead only releasing stock-Android ‘Google Play Edition’ handsets and tablets from the Play Store. We certainly hope this will not be the case, for the likes of the Nexus 5 and Nexus 7 slate have been a saving grace for those priced out of the high-end market, and besides the cost, the overall build quality and reputation has vastly improved since the days of the Samsung Galaxy Nexus. 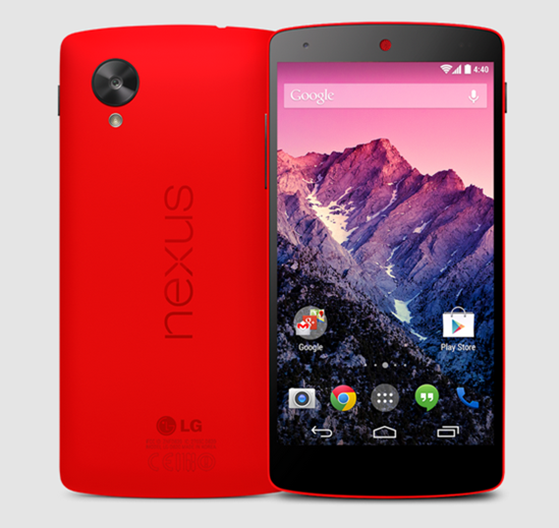 Anyway, if you’re looking for a value smartphone and don’t want to be stuck with the usual black-or-white dilemma, you can now go rogue, or rather, rouge, and grab yourself a shiny red Nexus 5.

Simply head on over to the Google Play Store to get started. Shipping is currently sitting at 1-2 days, but as ever, if you’re already set on purchasing, you’re best off getting in early in case the first batch is shifted quickly.