Everything Nokia Announced Today At MWC 2013

The Mobile World Congress 2013 is well and truly underway, with a number of companies using the event to launch some of their newest and most exciting products. As well as launching a bunch of new smartphones to accompany the Lumia 820 and Lumia 920 on Windows Phone 8, Nokia has also made some key software alterations and enhancements to its broad range of apps.

There’s no doubt that the Lumia 820 and 920 are great smartphones, but if you’re a consumer looking to grab a Nokia device on the fledgling Windows 8 platform, there’s not an awful lot to choose from. The 820 has, thus far, played understudy to the feature-packed 920, but the Finnish outfit has added a slew of new handsets to the fold.

Nokia has, thus far, made a song and dance of the image-taking capabilities of its handsets, but that doesn’t appear to be the main driving force behind this latest bundle of devices, which look to be aimed at the social network-loving types.

The Lumia 520 fits the Nexus category of quite cheap, relatively powerful. It offers a dual-core 1GHz Snapdragon processor, 512MB RAM, a 4-inch WVGA (800 x 480) display, and a 1,430mAh battery. It arrives bundled with Nokia’s fleet of apps including Maps, and Music, and will be available in five different, instantly-recognizable color variants of cyan, yellow, red, black and white. As with the Lumia 820, overs snap on and off readily (although the 820 does require strong fingernails), so if you like to chop and change the look of your device, you won’t have to pay over the odds. 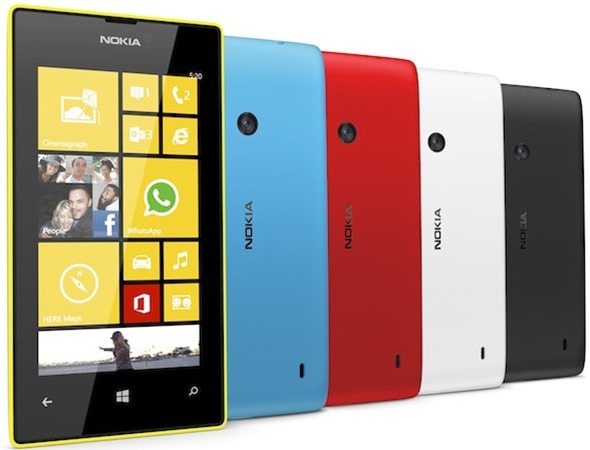 The Lumia 520 arrives with 8GB of on-board memory, but this can be expanded by means of the microSD slot, which is plenty of space to store photos snapped on the 5-megapixel rear snapper. If you’re more into your video, the capable camera can churn out 720p video at 30fps; not exactly high-end, but not bad, either. 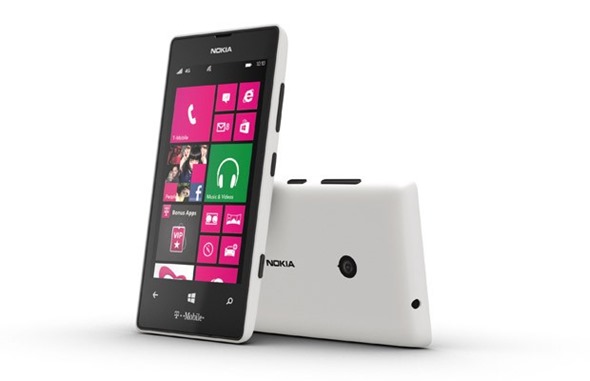 Now for the important bit – the cost. It has a price tag of just $183, and will start of releasing to the Chinese market at some point next month, after which it will become available to Europe and the remainder of Asia. If you’re in the US and looking to get your hands on the device, it will be carried by T-Mobile (under the name Lumia 521) and should make its way to market by the summer.

Packing a 4.3-inch display enveloped in the beautiful the polycarbonate unibody of the 920, the Nokia Lumia 720 benefits from being less of a feature phone than its older, workhorse counterpart by offering a thinner, slicker form factor. The Lumia 920 offers a marvelous design, but the hardware within certainly packs things out. Conversely, the 720 is just 9mm thick, while weighing an agreeable 128g.

It offers that same dual-core 1GHz Snapdragon CPU (and 512MB RAM) seen with the Lumia 520, and boasts a 800 x 480 ClearBlack display. Despite its thinness, the 720 still finds room to pack a 2,000mAh battery, NFC, and a wireless charging facility, although the latter will require a separately-sold wireless charging mat. 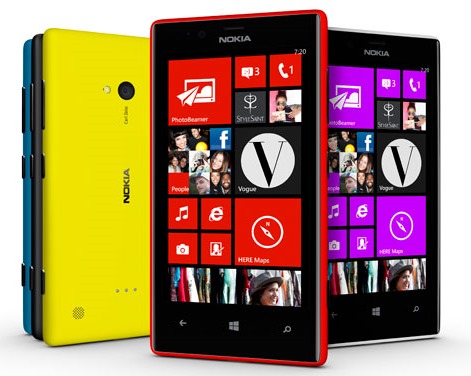 There’s little doubt Nokia is aiming this one towards social folk, with a slick design and impressive, 6.7-megapixel Carl Zeiss snapper said to perform well in low lighting conditions. There are plenty of image-editing features pre-loaded onto the device, as well as Nokia’s very own rebranded Here apps (details below).

Unfortunately, those in the US will either have to opt for the Lumia 520, since the 720’s only launching in China and select European nations. It will arrive in  five colors, and will have a price tag of €249 when it releases in the second quarter of this year.

Nokia’s location-based apps have been considered major perks of owning a Lumia, but as of now, all Windows Phone users will be able to join in the party. The company is bringing Drive, Maps and Transit to other Windows Phone handsets under the umbrella name of Here, but maintained that its own customers will receive the “first and best” of Here.

The new Drive, Maps and Transit are now available at the Windows Phone Store.

As well as the new Lumias, Nokia also announced a couple of dirt-cheap dumbphones for those who still believe a mobile device is merely for calling and texting. Although most coverage encircles the megapixels, GHz, and GB of the smartphone, a considerable amount of the business of Nokia is focused around these cheaper handsets, and the company took the opportunity to announce a couple more at MWC. 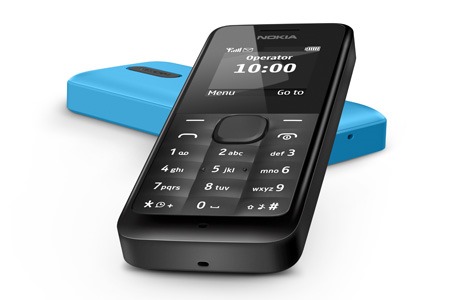 They two handsets are collectively known as the ‘candybar’ devices, and with the first taking the form of the Nokia 105. It will hit the market in the next couple of weeks, and will cost just $20 in cyan or black. As well as the ability to make a call or send a message, there’s the old faithful FM radio, and a flashlight thrown in for good measure. 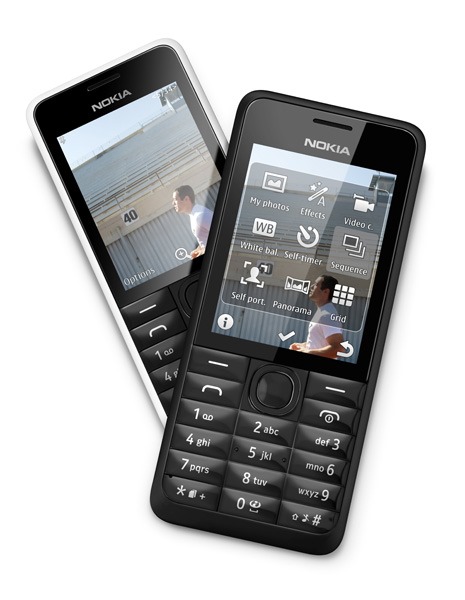 Also in the offing is the 301, and with a slightly higher price of $85, includes a 3.2MP camera boasting panoramic shots, and a self-portrait mode. Ideal as a slight step-up from the 105, it offers Mail for exchange, Nokia Xpress internet (low levels of data consumption), and connection to the HSPA network for video sharing. Set to hit the market in Q2, the optional dual-SIM variant will also be available from the get-go.

All in all, I think Nokia has done well to broaden its horizons over the past month. The Lumia 620 offered an entry-level take on Windows Phone 8 when unveiled a couple of weeks back, and with these new mid-range handsets accompanying a couple of stylish new dumbphones, the company has all bases covered. Of course, we would loved to have caught a Lumia 920 replacement, but hey, if you want a high-end smartphone experience, the company’s flagship handset can still mix it with the best of them.