Here are iOS 13.1 and iPadOS 13.1 final features, release notes and changelog according to Apple itself for iPhone and iPad users.

It seems that the maiden release of iOS 13 was only a trial run for Apple, likely to get something out into the public domain in order to allow iPhone 11 to ship running the latest firmware. 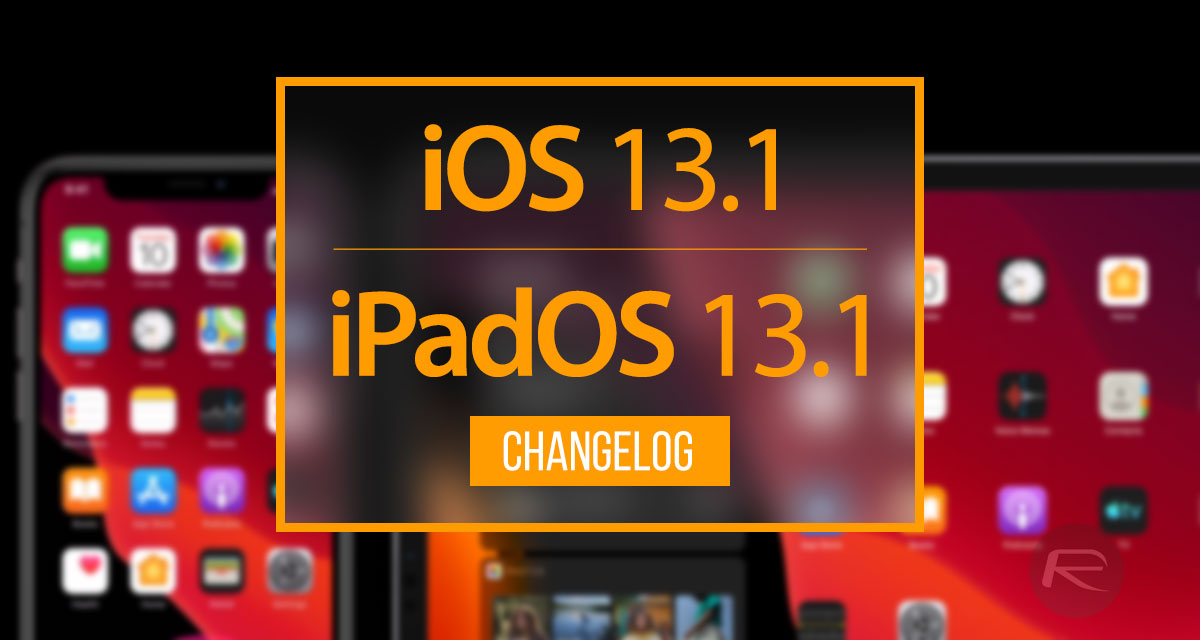 Now, the company has been through another release process, this time launching iOS 13.1 and iPadOS 13.1 into the public domain, which means that the real fun is starting. Let’s take a look at the official release notes and changelog pertaining to those firmware releases.

The release of iOS 13.1 and iPadOS 13.1 haven’t really taken anyone by surprise. Historically, we have found ourselves in a position whereby Apple pushes out a new major version of firmware and then ends up blindsiding everyone with a secondary release days later to fix major bugs or patch major security flaws which managed to evade testing. This time, we knew we weren’t getting an iPadOS 13 release and we knew both iOS 13.1 and iPadOS 13.1 would follow hot on the heels of iOS 13.

So, the releases are expected and planned for, but still very welcome. For iPad owners, iPadOS 13.1 is essentially iPadOS 13 and iPadOS 13.1 bundled into one release. It includes and exposes all of the functionality which lives with iPadOS 13, and which was released to iPhone owners as iOS 13, but also includes new functionality, such as the Share ETA implementation in Maps and the highly anticipated Shortcuts Automations functionality.

Both versions of firmware also come with a plethora of fixes and improvements designed to make the overall experience a lot better. For anyone who has used iOS 13 on iPhone, you will know how important that is considering the initial release was littered with very clear bugs and unfinished polish. This release should definitely go some way to improving the overall perspective of iOS 13.

If you need more detail and want to scour through iOS 13.1 and iPadOS 13.1 as seen through the eyes of Apple’s engineers tasked with putting this together, then you can peruse through the official release notes embedded below. If you are going to go through with the installation, make sure to know exactly what you are getting into.