Apple has once again given enthusiastic developers a ton of new software release to sink their teeth into. As part of its continued progress towards an official set of releases later this year, the Cupertino-based company has now released beta 6 of iOS 12, watchOS 5, tvOS 12, and macOS 10.14 Mojave.

This latest slew of releases follows closely on the heels of beta 5 of each platform, which was pushed out into the development community only about a week ago. The latest changes and improvements are available right now for those with the correct credentials. 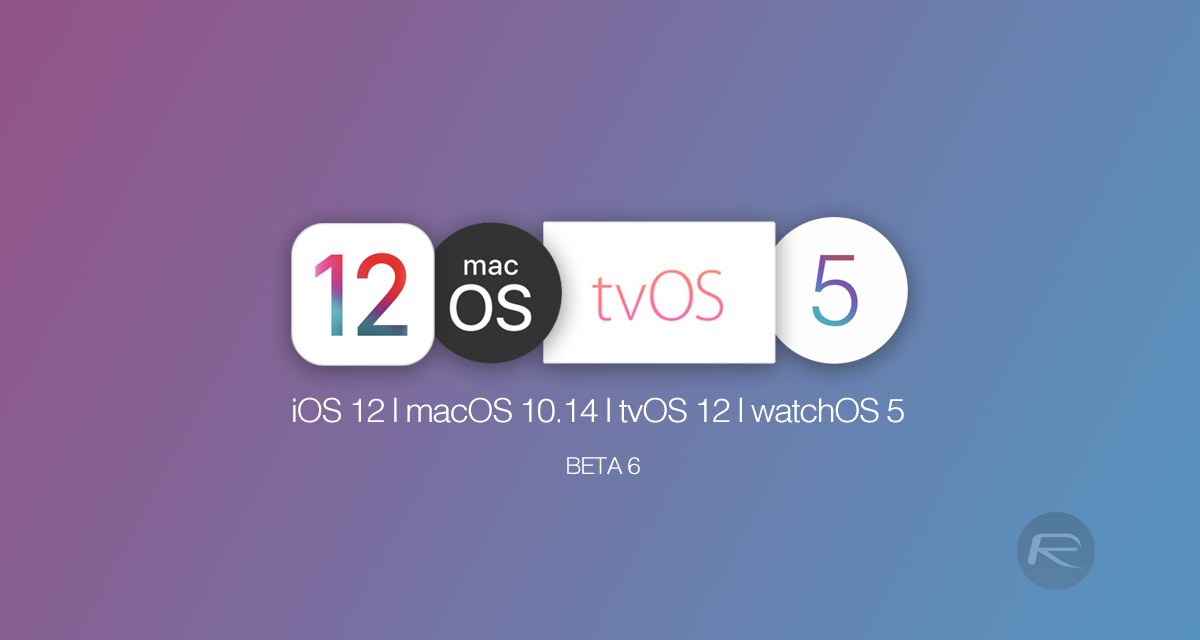 iOS 12 beta 6: This is the big platform that the majority of developers are concerned with. With iOS 12, we have the availability of new features as well as additional security and privacy features, and potentially huge performance and speed improvements across all supported devices. FaceTime now supports calls with up to 32 people, Animoji has been extended to include Memoji, and Apple has also extended the abilities of ARKit to make it even more powerful than it already is, among many other changes. Beta 6 doesn’t contain any huge surprises but it will contain a more streamlined version of iOS 12.

watchOS 5 beta 6: Apple Watch has been growing from strength-to-strength and a lot of that is down to its underlying firmware. watchOS 5 is Apple’s way of once again pushing the boundaries of what is possible as far as its premium wearable is concerned. watchOS 5 is about trying to make individuals more active with Activity challenges and new workout detection. It offers a smarter Siri experience, a brand new Podcasts app, and even walkie-talkie functionality that will make Apple Watch a must-have for fitness lovers who adore communication.

tvOS 12 beta 6: What can Apple actually do with tvOS? Well, first of all, it can introduce support for Dolby Atmos, which can be enjoyed in conjunction with some Netflix content as you long as you have the relevant devices. Apple has also introduced new screensavers, a zero-sign-in feature, and brand new features for developers to assist with the creation of cutting-edge tvOS apps for Apple TV.

macOS 10.14 Mojave beta 6: If you own a compatible Mac, macOS 10.14 Mojave is going to feel like one of the biggest upgrades to its underlying operating system in years. It comes with a stunning Dark Mode, a brand new Desktop feature called Stacks designed to keep you organized, and even a stunning new Dyanimc Desktop feature which changes automatically throughout the day.

All of the above new versions are available to download right now from developer.apple.com as IPSW (or similar) files or directly as an OTA update from the device itself.