When Apple releases new versions of iOS to the public, everyone immediately wonders whether they will notice any new changes, but sometimes, the biggest change between releases is in the number of optimizations that are included, sometimes allowing a pretty dramatic increase in performance.

The opposite has been known to happen too, with updated versions of iOS adding fancy new features that slow the whole system down as a result. All this goes doubly for beta releases, where all bets are off when it comes to performance. 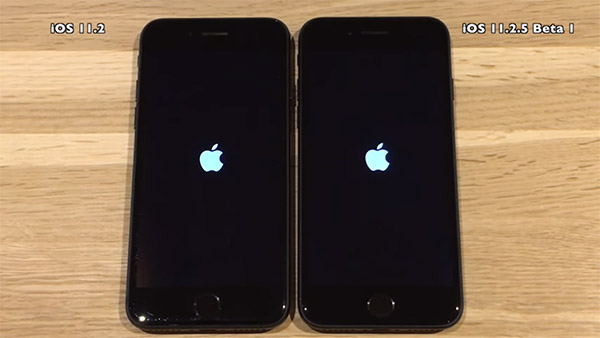 Over the past few days, we have seen two new releases come out of Apple’s iOS team, one final and one in beta form. The first of those is iOS 11.2.1, and while it brings fixes rather than new features, the folks over at YouTube channel iAppleBytes wanted to see how well it would perform when compared to iOS 11.2. Would the new release eek any extra performance out of iPhones new or old? You might want to check the videos out for yourselves but the short answer is, well, no.

But what about iOS 11.2.5, released in beta form on the very same day as iOS 11.2.1? No, we don’t know where iOS 11.2.2, 11.2.3 or 11.2.4 went either but ignoring the strange release numbering for a moment, the folks at iAppleBytes took the update and installed it on their test iPhones. After running the usual suite of tests, we have the answer to the big performance question, and it’s much the same as iOS 11.2.1 – anyone looking for their iPhone to suddenly become blazing quick will be disappointed.

But fear not, because while performance increases are great, so is any release that fixes bugs or plugs security holes, and that’s exactly what these two releases are all about.