iOS 11 now features a revamped volume HUD control. Here’s how it looks and works for both video and audio.

Have you ever been watching a video, looking at pictures, or just generally going about your business on an iPhone or iPad and then tried to turn the volume up or down only to be horrified by how visually obstructive the user-interface is? iOS 11 will finally solve that bugbear by introducing a new volume HUD that finally gets rid of that obstructive experience. 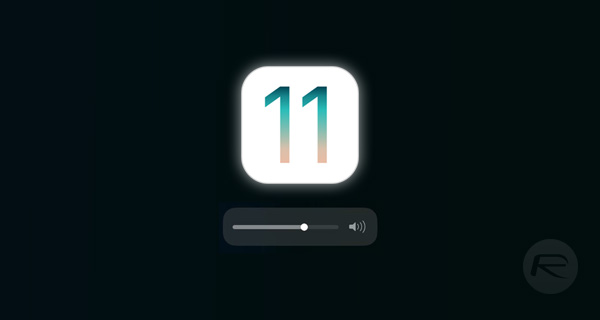 The problem has really manifested itself historically when users have been looking to change the volume whilst also watching a video on devices running iOS 10 or earlier. For one reason or another, Apple’s internal design and engineering teams thought it would be wise to cover most of the usable display with a volume HUD that informed the user of the volume change. Those device owners have long been complaining about how intrusive this is and detrimental to the experience.

Now, with the new changes implemented into iOS 11, the user is still able to make changes to the volume whilst watching media, now there will be a much smaller, less intrusive volume overlay presented at the top of the display. That change is definitely an overwhelmingly positive one, which will likely be welcome by most of the iOS community given just how poorly designed the previous implementation clearly was.

You only need to look at very specific third-party apps to know just how ill-thought the previous design was. A number of popular apps, such as video streaming sites like YouTube and ProTube, as well as apps like Instagram, have already taken the opportunity to override the native volume controls to introduce their own volume-based UI when changes are made.

This is a decision which better fits in with the design of their own platform but has likely been inspired in some part by the fact that the Apple-provided system obscures content and promotes a negative user-experience.

Another change for volume HUD is in audio apps and games, where it won’t show at all even though you will be able to control the volume by pressing the physical volume up and down buttons on the side of your device.

iOS 11 is currently in use by registered developers after the initial beta seed was published onto the Apple Developer Program directly after the opening WWDC keynote. The platform will go through the usual period of testing, which will include a number of pre-release seeds before finally being released to the general public as a free-of-charge update later in the year to coincide with the release of iPhone 8.