Apple has today seeded the third beta release of iOS 10 to developers, and as people begin to get the software installed and then road-tested on both iPhone and iPads, we are beginning to learn of what is either new or altered in this release. Apple steadily iterates as it forges on through the beta release cycle, and there are always things changing with each release.

Here, we’re going to cover the bigger changes and additions that were brought as part of iOS 10 beta 3, so without further ado, let’s jump right in. 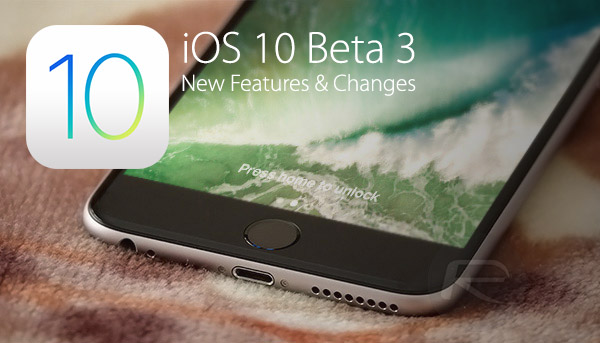 For those that are unable to press the Home button in order to unlock their iPhone or iPad, a new accessibility feature called “Rest Finger to Unlock” was added to iOS 10 beta 2 that promised to allow them to rest a finger on the Home button instead of pressing it in order to unlock the device, just like how it has been in iOS 9, iOS 8, and Touch ID-supported firmware versions before it. While there was an entry within the Settings app in iOS 10 beta 2, this feature didn’t actually work then. Now, in iOS 10 beta 3, it does. Finally.

The Rest Finger to Unlock option can be found and enabled from Settings > General > Accessibility > Home Button. 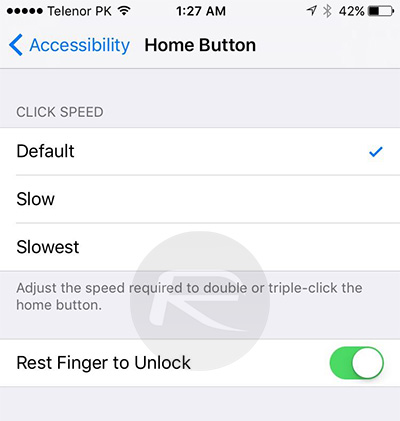 The new keyboard click sound that debuted in beta 1 but was subsequently removed in beta 2 is now back again in beta 3. Nobody knows why!

Feedback on Manually Locking a Device

When an iPhone is manually locked by pressing the sleep/wake button, iPhone 6s and 6s Plus owners will receive a nudge via the devices’ haptic feedback. For other devices, there will be an audible notification. 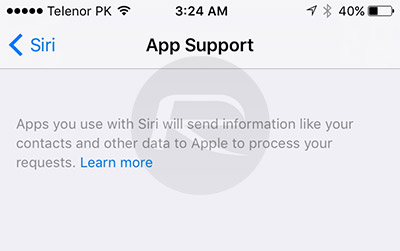 Within Settings > Siri, there’s now a new App Support section that shows which third-party apps work with Siri and can access your data. 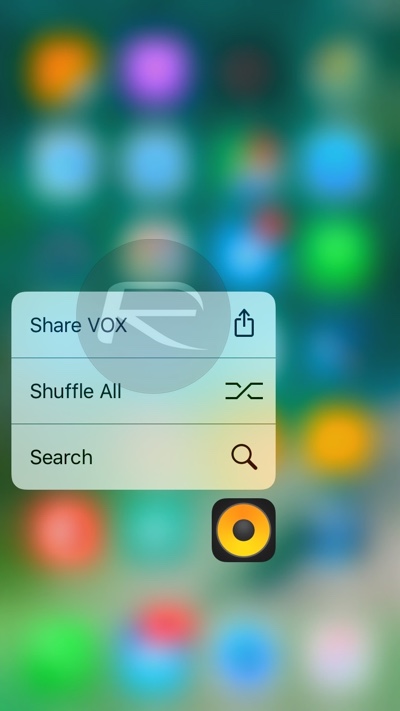 This option too was introduced in the first beta, but only the share icon was visible then. It now shows the name of the app as well, as can be seen in the screenshot above. 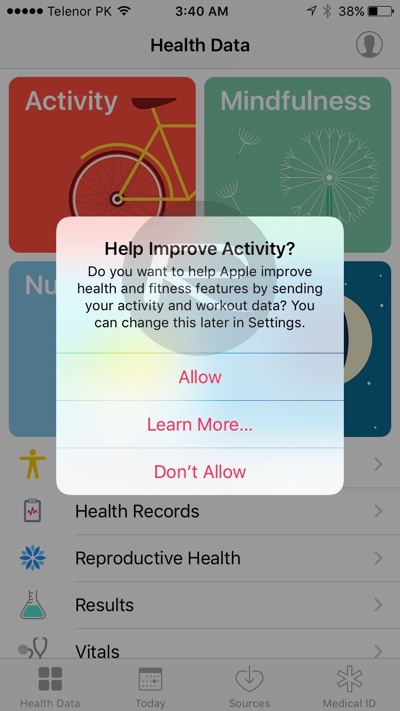 Beta 3 adds a new Improve Activity option for the native Health app. The option, which allows users to send anonymous data back to Apple, can be found within Settings > Privacy > Diagnostics & Usage. Opening up the Health app for the first time will also present users with an alert asking users whether they want to enable the option.

The massive Pokemon Go game was missing its A.R. (Augmented Reality) feature in iOS beta 2 and beta 1. Not anymore, though! Well done, beta 3.

The ability to download files from Mail or Safari straight to iCloud Drive was there within iOS 10 beta 2, but it didn’t work. With iOS 10 beta 3, that is now fixed.

Here’s a video showing all of these changes in action:

Those are the biggies, though there are likely to be some minor graphical changes here and there. Expect Apple to change everything again before the final release of iOS 10, though, so don’t get too used to anything the way it is just yet!