Apple have just published a new advertisement showing off the new iPad in action. In typical Apple fashion, the ad focuses on one particular feature of the new tablet, which in this case is the high-resolution Retina Display. The ad perfectly shows off the prowess of the high-res display and its amazingness in real life.

The video, embedded below does a great job at showing off how these improvements in the new iPad really boost the quality of the user experience in day-to-day use.

A fitting climax to the foreplay of rumors we have been experiencing over the past, well, time period since the iPad 2’s release, we finally know of the magical new improvements the next generation iPad boasts as the curtain was finally lifted on the tablet device today. Interestingly enough, most of the rumors have proven to be spot-on.

With support for 4G LTE – which will support HSPA+ for up to 21Mbps, and dual-carrier HSDPA for up to 42Mbps – the device certainly supports far quicker connectivity than its predecessor; and amazingly, when 4G is in use, it only diminishes battery life by one hour. On the hardware front, the iPad 3 packs a new A5X dual-core CPU, a quad-core GPU for improved all-around performance, 1GB of RAM. As far as optics are concerned, it has a new, much-improved 5MP camera allowing you to take better photos with it (if you are someone who uses their iPad for photography purposes). And of course, the Retina Display has been brought to the iPad, giving it a stunning screen resolution of 2048×1536. 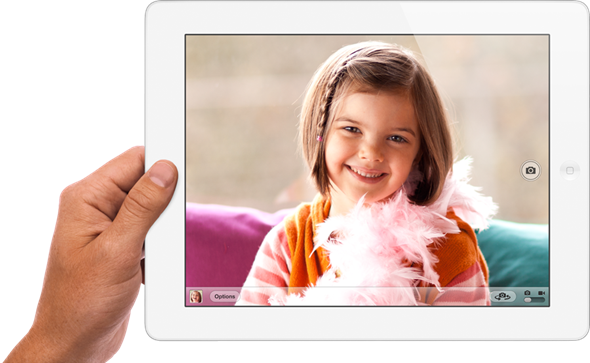 And despite the various new features introduced in the new iPad, we can expect it to have the same pricing scheme of its predecessor. It will be available in storage increments of 16GB, 32GB, and 64GB, and it will be available in both WiFi, and WiFi + 4G/3G flavors. It will start at $499 for a 16GB WiFi base model, and be priced at up to $829 for the 64GB WiFi + 4G/3G version.

If you’re itching to get your hands on the new device, you better act fast; pre-orders are available starting today, and we highly recommend you do so. Hitting the shelves on March 16th, the device is sure to play a good game of "hard to get" for a good while. As with all Apple released, demand will far outweigh supply for quite some time, so you can expect stores to run out of stock quite quickly.