If you’re an Instagram user who likes to make the best use of the Stories feature, you’re in luck. The image-based social network has rolled out a new feature that will allow you to add two images to a single Story via the Layout option.

If that name sounds familiar it’s because Instagram already lets you use it to turn multiple images into a single one for sharing as a normal photo. But now that has been extended for use in Stories, too.

With the update users will be able to add as many as six different images to a single Story, with the interface built right into the standard Story process.

When creating a Story you’ll see the new Layout button that will make all the magic happen. Once you’re done you can just publish your new Story as you would any other.

The new Layout feature started rolling out to users around the world yesterday, so if you’re still missing it, you should probably head to your app store of choice to make sure you’re using the latest version of the app. And while you’re there, maybe consider turning on automatic app updates at the same time. 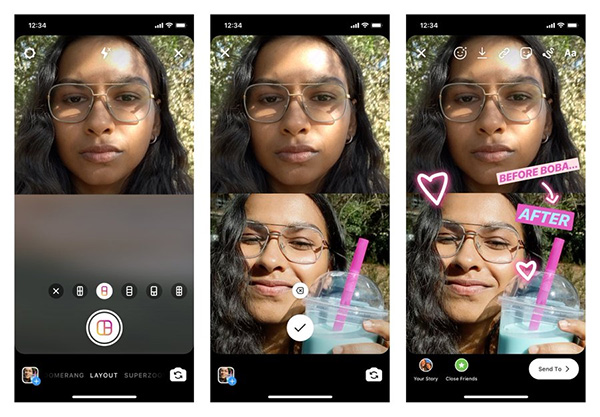 Despite being owned by Facebook, Instagram has largely been able to avoid the same controversies that have dogged its parent company. Perhaps because visiting Instagram doesn’t make us hate the world around us quite as much as Facebook does.