HTC has taken the wraps off not just one, but two new smartphones during an event in Taiwan, with the HTC U Ultra and HTC U Play now being official. Here are the details on its specs, price and release date info.

The announcement follows the now familiar pattern of offering two devices based on the same platform, but offering differing levels of performance and features in order to best serve two opposing ends of the market. 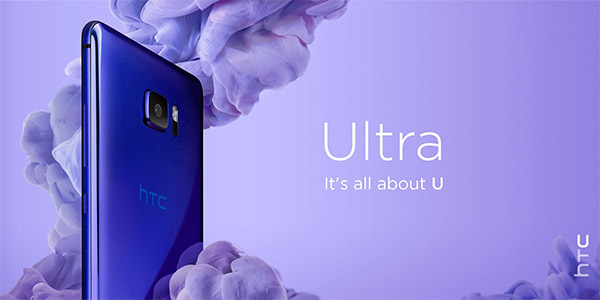 The immediately striking thing about these new phones is the aesthetics. Both handsets take advantage of a completely new glass design which is supposed to closely mimic liquid and is being aptly called “liquid surface” by HTC.

What that amounts to is an all-glass construction with perhaps the shinniest finish to a smartphone we’ve ever encountered. These things make the glossy iPhone 7 look almost dull in comparison, though that also means they’re a little on the slippery side. If you like a spot of friction from your smartphones, then these will need a case pronto. For now though, let’s take a look at both the phones and what they have to offer.

The U Ultra is without doubt the higher-end smartphone of the pair thanks to its a 5.7-inch QHD display and Gorilla Glass 5. The U Ultra also packs a 2-inch secondary display similar to that of LG’s V20. This screen can display things like quick access to contacts and the like, though we’re still not 100% sold on the idea if we are absolutely honest. We’ll have to withhold judgement on that front for now. 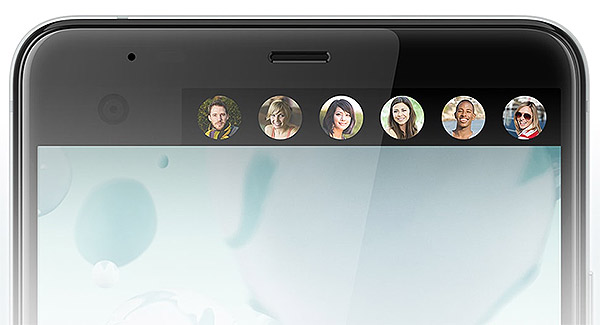 Specifications wise, U Ultra is powered by Snapdragon’s 821 processor, 4GB of RAM and a full 64GB of storage which can then be expanded thanks to the inclusion of an SD card slot. The 128GB model interestingly comes packing Saphire Glass instead of Gorilla Glass 5.

As far as the camera goes, it’s very similar indeed to the 12-megapixel ‘UltraPixel’ part found in the HTC 10 with a few tweaks here and there including Laser and Phase Detect Auto Focus. The phone is powered by a 3,000mAh battery cell.

The phone comes running Android 7.0 Nougat out of the box, and can be pre-ordered for $749 in the United States in three different finishes now: Brilliant Black, Ice White, and Sapphire Blue. A fourth finish; Cosmetic Pink will be made available later. Shipping is expected to begin mid-March.

By comparison to the U Ultra, the U Play’s 5.2-inch 1080p is considerably smaller though it comes with Gorilla Glass, whether it’s version 5, is anyone’s guess. The U Play understandably doesn’t fare so well when it comes to the specification sheet. A MediaTek Helio P10 octa-core processor is included in lieu of the Snapdragon and a combination of either 3GB or 4GB of RAM and 32 or 64GB of storage depending on which part of the world you are buying your phone in. 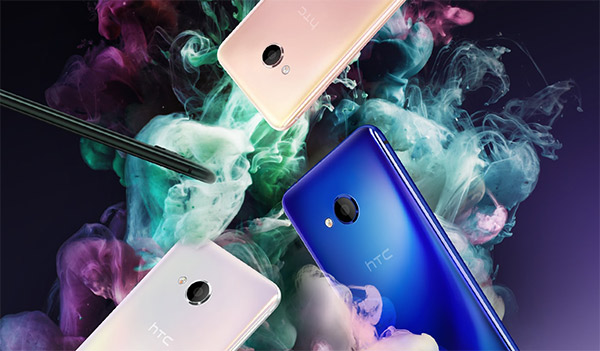 The camera is a 16MP one with Optical Image Stabilization and like the U Ultra, comes packing Phase Detect Auto Focus and Laser Focus.

There’s no information currently on the price and availability of the U Play, but for now it seems that this particular model will not be immediately available in the United States, with HTC USA only listing the U Ultra for now.