HTC One M9 Hima Specs Revealed In Leaked Benchmark, To Be Announced At CES 2015

Believe it or not, we’re staring down the barrel of yet another CES, with the 2015 Consumer Electronics Show set to kick off in just over a week. Rumors are always abound at this time of year with everyone trying to steal a march on what the biggest technology companies will be showing off at the event. It looks like HTC’s upcoming flagship phone may have leaked ahead of time, giving us at least a glimpse at one of the new products due to be outed next week.

Called ‘Hima’ during its development stage, the new phone initially started to crop up in the headlines when it started its carrier testing earlier this month. New leaks today appear to have pop up after the handset undertook some benchmark testing, giving us our first look at Hima’s specifications, otherwise known as the HTC One ‘M9’.

Coming via Nowhereelse.fr, the specifications come alongside the news that the new handset is due to be outed towards the end of CES, earlier than previously believed. 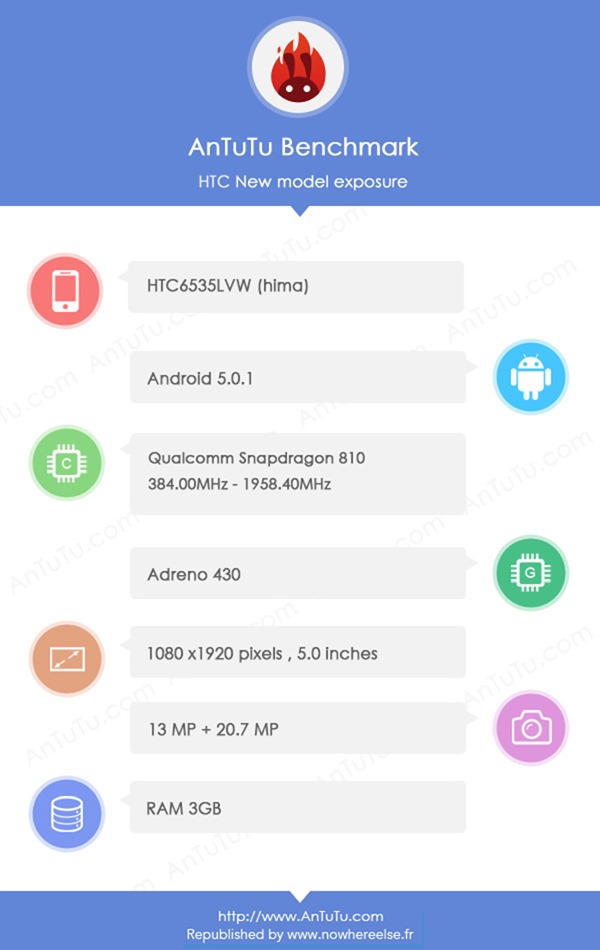 The newly leaked specifications jive nicely with what was previously rumored, with a new Snapdragon 810 CPU at the heart of the new smartphone. 3GB of memory is also set to be included alongside a tasty 2,840mAh battery. Display-wise, expect a 5-inch 1080p panel up front with a 13-megapixel shooter sat around the back. Fans of selfies will have a 4-megapixel UltraPixel camera to work with on the front of the device. The device’s model, according to the benchmark is ‘HTC6536LVW’.

The new leak also points to Anadroid 5.0.1 Lollipop being the version of Google’s software that will keep this new HTC flagship ticking along. 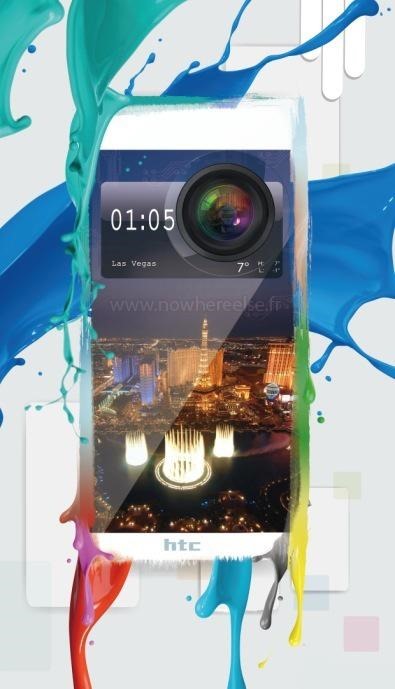 Further to all this, HTC has started to send invites out for a press conference during the CES event, with invites said to feature what appears to be a white smartphone. It all makes just enough sense to suggest we’ll be seeing a new phone from HTC in a week or so time.

We’ll keep our eyes and ears peeled until then.